In the brief pamphlet discovered under a pile of unread Obamacare manuals there may be some insight into how the American Empire was eventually lost.

“The United States Empire of the twenty first century A.D. extended entirely across North America, including large swathes of South America, the Middle East and parts of South East Asia, Eurasia, Turkey, Israel, Egypt, and North Africa. The American Empire had been extended through military superiority as well as economic might during its heyday.

America was engaged in military skirmishes with the tribes in the Middle East in order to gain oil rich lands to run their 5 MPG SUVs back home. Strong presidents occasionally extended the empire while weak presidents tended to lose those lands. The largest organised rival of the Americans was the Persian Empire to the east. The Persians were the political descendants of the Parthians and successfully resisted American invasions countless times. 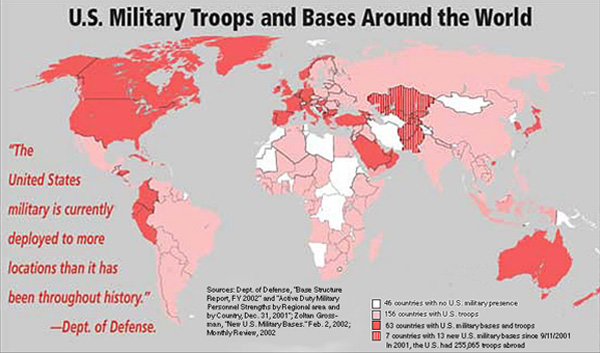 The American Empire had existed as an important power for over 60 years. They had installed military bases in over 50 countries, and American troops in over 150 nations around the globe. They had saturated the world with their entertainment and ideals, as well as enjoyed the benefits of being the predominant world currency thus giving them carte blanche to spend as they pleased from the spoils of their conquests.

All was not perfect, however. Presidents held absolute authority. This worked well with good presidents, but incompetent ones could do great harm. The rules for succession to the throne were never clear, and debilitating civil wars often resulted. The bureaucracy that managed the empire on a daily basis grew more corrupt, increasing the dissatisfaction of the common citizen. The wealth of the empire gradually concentrated in the hands of a minority while a large slave taxpayer population did all the work. The borders of the empire were immense and put a strain on military resources (500,000 soldiers defended a frontier that required 3 million or more to be secured). American conquests had ceased by 2015 A.D., bringing an end to massive inflows of plunder and stolen resources. Taxes increased and production fell as the work force declined. A plague may have killed 60 percent of the empire’s population from 2020-2025 A.D., further reducing trade and production.

By 2026, the American Empire was split into eastern and western halves in an attempt to make for easier rule and better control. In the latter part of 2027 after a brutal civil war had decimated much of the United States, there were now two presidents, one in the seceded South and one in the North of the mainland. The American Empire, now severely weakened by division and war was then ripe for attack by the barbarian hordes from the east and South America.”

The recovered pamphlet then seems to end abrubtly, with pages ripped out. The historians who are trying to piece together what happened to the former United States are still sifting through the rubble to find more clues.

The Second American Civil War May Not be Remembered

How America Cursed Itself With Slavery

Democrats Would Rather Vote For Jack the Ripper Than Trump

ABOUT US
The Daily Squib is a curious satirical parody newspaper offering breaking news, political satire, comedy, opinion and celebrity news.
Contact us: editorial (at) dailysquib.co.uk
FOLLOW US
© Copyright 2019 dailysquib.co.uk | All Rights Reserved
!