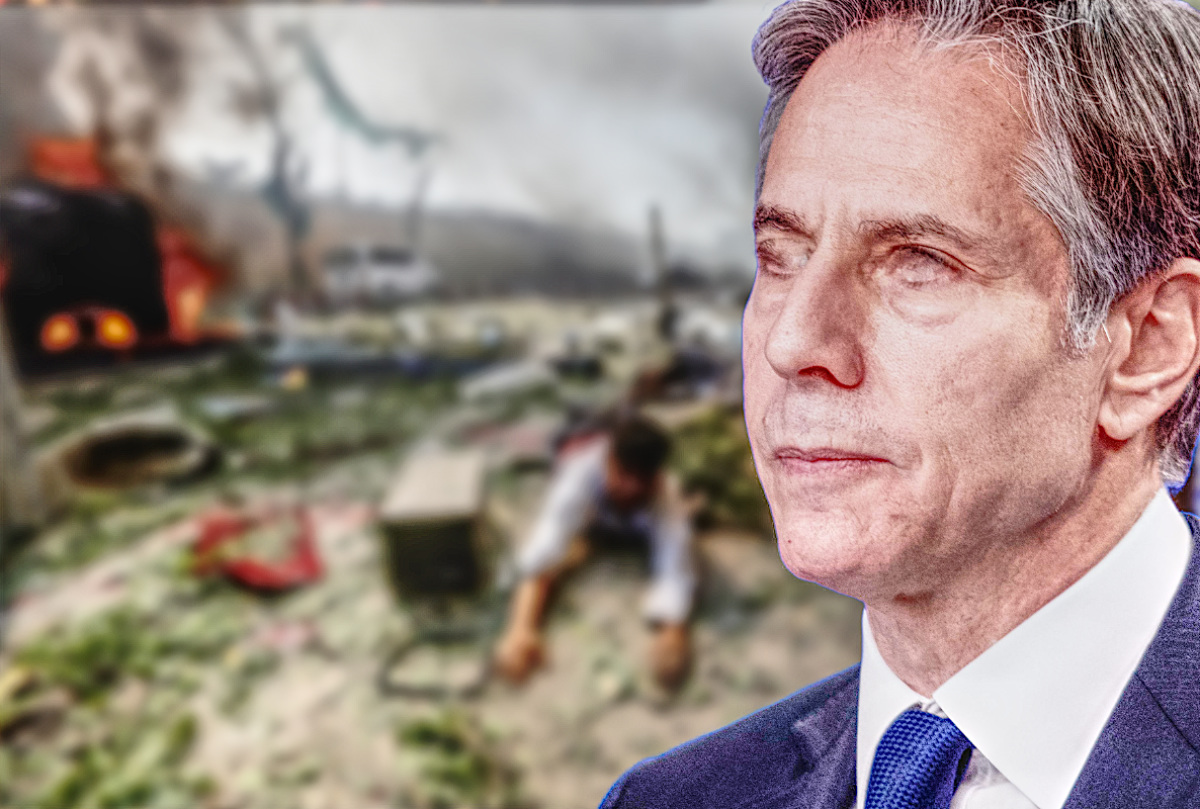 We rarely get glimpses into the sheer anger created by the disastrous Afghan debacle caused by the severe turpitude and incompetence of the Biden administration, not only on the people of that dusty country, but the people of the United States, whom these vagabonds are meant to represent.

He blinked and it was gone…

Pursuant to the United States’ “incredible success” in Afghanistan, as Joe Biden has repeatedly termed it, Professor Vatz was reminded about the equally successful rhetoric by his very supportive Secretary of State, Antony Blinken, and wanted to write a paean to his consistently impressive rhetoric on the matter. Suitably impressed by Mr. Blinken’s words, he suggests the missing “H” in his name should be reinstated forthwith.

If Antony Blinken had Been Secretary of State in, say, 1943, He Would Have Said This About the Holocaust:

“We are, and this is no exaggeration, quite dissatisfied with Mr. Hitler’s treatment of Jewish citizens. However, we have confidence that once he and his cabinet realize that the World is Watching, they will reconsider their behavior and treat Jewish Europeans much better. We are actually hearing on background that the better treatment may have already started. Moreover, if the Axis Powers ever want to take their place in the family of nations — and we are certainly considering helping them do so — they will have to comport themselves better, and, again, we have every reason to believe that they will. Finally, we do not support Mr. Hitler’s continuing to use prominently such aides as Mr. Himmler, Mr. Goebbels, Dr. Mengele and others, and he really should add some women to his inner-circle.”

Professor Vatz is Distinguished Professor of Political Rhetoric at Towson University and is the author of several books, including The Only Authentic Book of Persuasion: The Agenda/Spin Model (LAD Custom Publishing, 2021 ) and the co-editor of Thomas S. Szasz: The Man and His Ideas (Transaction Publishers, 2017) and over 200 articles, book reviews and blogs.

Read more from Professor Vatz: I’ve Got a Little List, With Apologies to Gilbert and Sullivan