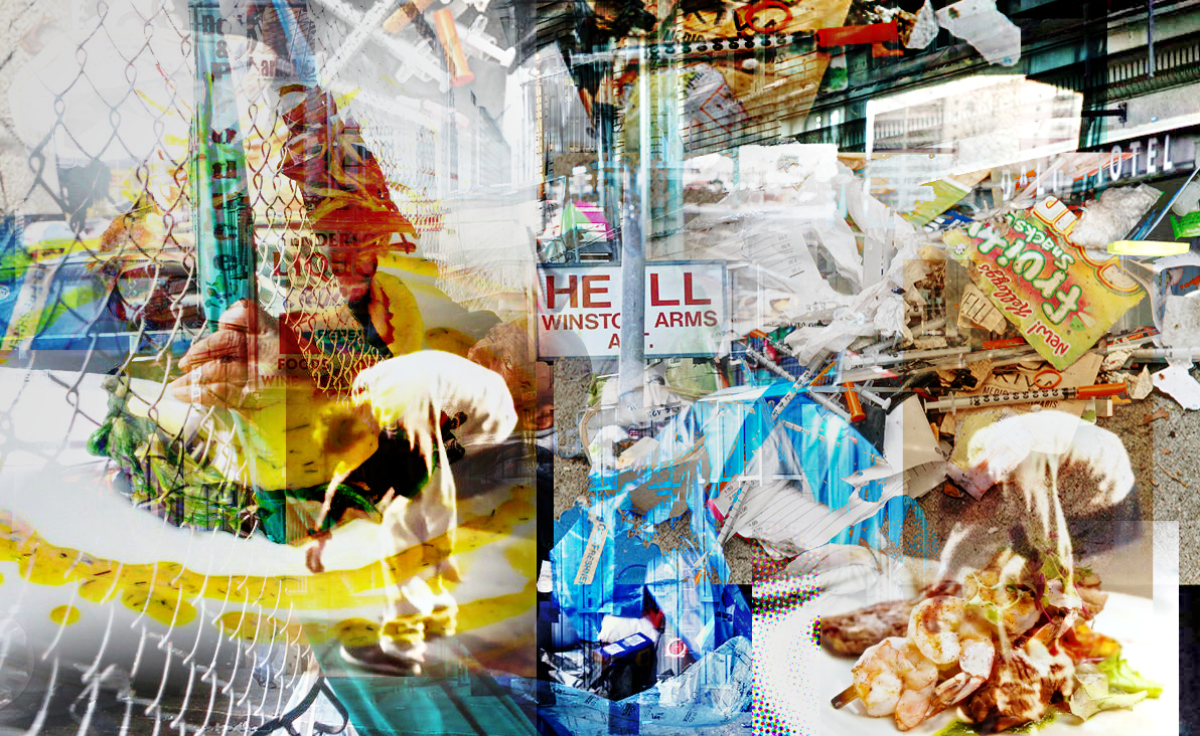 If there is one thing that this pandemic has taught us here in the City by the Bay: it’s compassion. Not that we didn’t already have it in spades—because we did. But, now we have more.

Just this very morning, as I was returning to my flat with two compostable cups of biodynamic, pumpkin oat-uccino, I, by way of one or more of my senses, became aware of an unhoused-individual attending to his bodily obligations just outside my front door. Drawing closer, it warmed my heart to see that this neighbor of mine was riding swiftly along on the train of compassion (dangling his overgrown toe-nails from off the caboose as it were)—a (mostly unsoiled) disposable surgical mask was strapped firmly to his face. Well, maybe it was sort-of under his chin. For a while, anyway.

Later that same day, as I headed downtown to run some errands, I managed to, ever-so-gingerly, tip-toe over no fewer than seven substance-dependent, unhoused-individuals who had, very compassionately, left their dirty needles in a position conspicuous enough to avoid stepping on. I wondered why they would choose to sleep on the streets. After all, Gavin Newsom was compassionate enough to force the hotel owners to become compassionate enough to allow their hotels to be seized and converted into squats and meth-labs. I breathed a sigh of relief to remember the supreme compassion of our city supervisors who had the good will to allot a modest percentage of our city’s revenue to be put toward a fund to provide these gentle fellows of ours with access to free alcohol, tobacco and cannabis—panhandling is just too dangerous—we wouldn’t want them to have to put themselves at any unnecessary risk along their path to complete self-annihilation. That just wouldn’t be the compassionate thing to do.

That night, while dining al-fresco in a make-shift, plywood parklet in the middle of traffic, my date and I (quite compassionately indeed) ignored the stench which wafted toward us from the tent city shuddering in the breeze not fifteen feet downwind from our moules-frites and Sancerre. As if by a bit of magic, just after our steaks had been cleared, a familiar face arrived at our table to roughly demand “a little help”—none other than the man I’d met on my doorstep that morning–I recognized him by the stains on his facemask. As he staggered off, our waiter, very compassionately, offered us the mousse au chocolat. We, compassionately, declined.