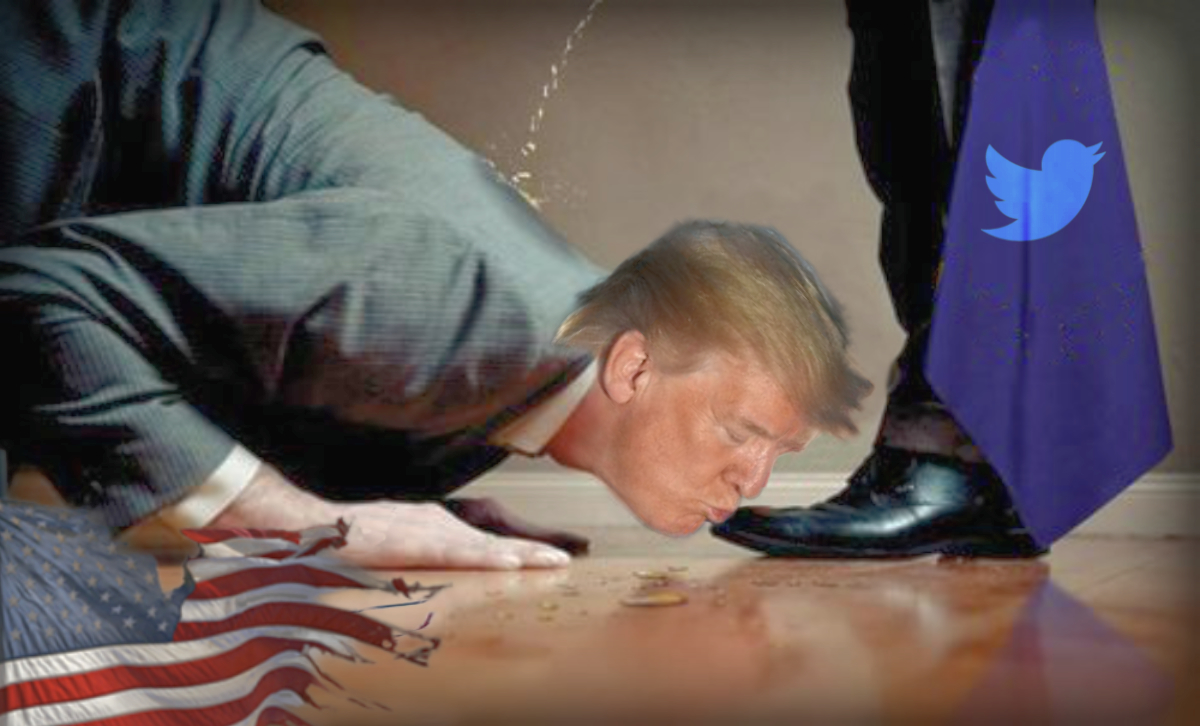 The President of the United States of America is an untrustworthy liar who disseminates false information and fake news, according to Twitter.

Truth advocate, Josh Mulroney, revealed the implications to such an action.

“What Twitter is effectively doing is saying that people should not believe a single word uttered from the President of the United States, Donald J. Trump. Can you imagine some entity saying that to one of the Roosevelts, or Abraham Lincoln, or George Washington, Thomas Jefferson, Eisenhower, Hoover, Truman? There would be hell to pay, it’s a good thing that Trump is impotent and can do nothing. Trump has as much clout as the clap.”

These are serious days in the run up to the November U.S. election, and many are noticing a visible tightening of the grip of these Big Tech monopoly companies, who in all sense, are above the power level of politicians, and above the law thus dictating the law themselves.

“The power of Big Tech is so large, they can effectively tell an acting President that he is a liar, and show him up to millions of his gawping fans, by putting a massive fucking label on his post saying so. They can wipe whole news organisations off the web if they do not tow the line in soviet totalitarian American liberal thoughtspeak. This way, any voice that is different, is erased from the web completely. Yeah, yeah, everyone always brings up George Orwell and 1984, but this shit is beyond any Ministry of Truth stuff, it is so insidious and suspect that it is beyond compare,” one journalist wrote before having his blue verification symbol taken off his account.

The sad thing is Trump is clueless to how he can do anything about being made a jackass out of by his Twitter overlords. He has little or no power to do anything, and can only watch from the sidelines as he is singled out as a low down dirty lying impotent weenie.

Sure, Trump can moan about his treatment, but there is little or no action from the impotent president.

.@Twitter is now interfering in the 2020 Presidential Election. They are saying my statement on Mail-In Ballots, which will lead to massive corruption and fraud, is incorrect, based on fact-checking by Fake News CNN and the Amazon Washington Post….

“I’m not sure I can vote for someone like Trump any more. He said he would do all those things, and he did not. He is impotent, does not have any balls, and he is the bitch of Twitter. Like literally they have the President of the United States on a fucking leash, I can’t vote for a loser, and right now that’s what Trump is, he’s a loser!” a former Trump supporter revealed after watching the sordid, sad action on Twitter.

Trump is a lying loser, and now everybody knows about it. Shame on you Donald!