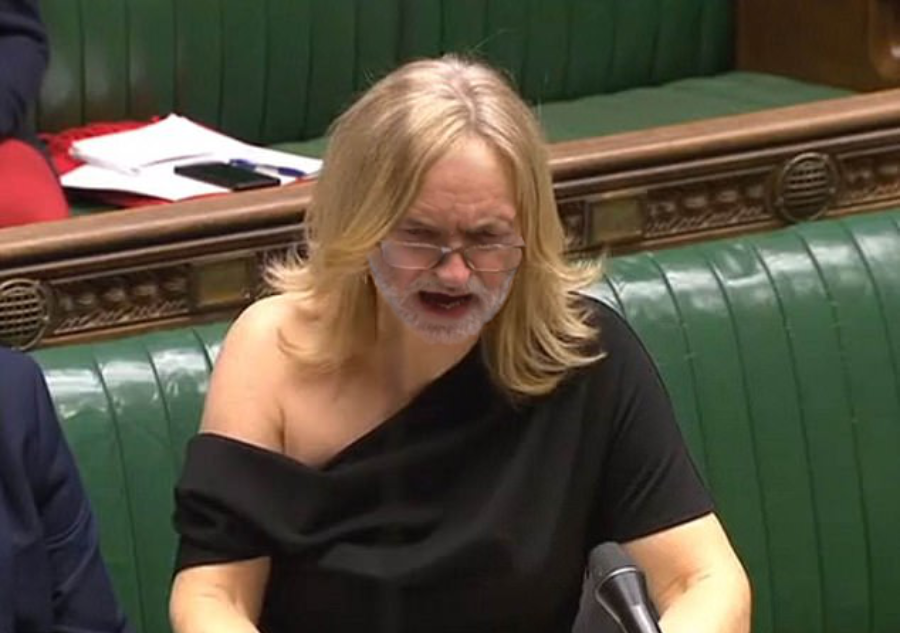 Labour MP Tracy Munter today said defiantly, she had every right to wear her controversial off-the-shoulder dress in the House of Commons.

Despite receiving a torrent of critical Twitter tweets for the dodgy dress, the Labour MP stood by her choice of dress and labelled any criticism as ‘sexist’.

Critics included Piers Morgan who called the outfit ‘inappropriate for the Commons’ while some stipulated that the MP looked like a ‘hungover tart’ and as if she had ‘just been banged over a wheelie bin’ after she wore the black dress in the chamber earlier this week.

Meanwhile, Munter, the MP for constituency Nowhere Soon on the Wold North, was adamant that she, as a woman, had the right to wear whatever she wanted and did not need men to tell her otherwise.