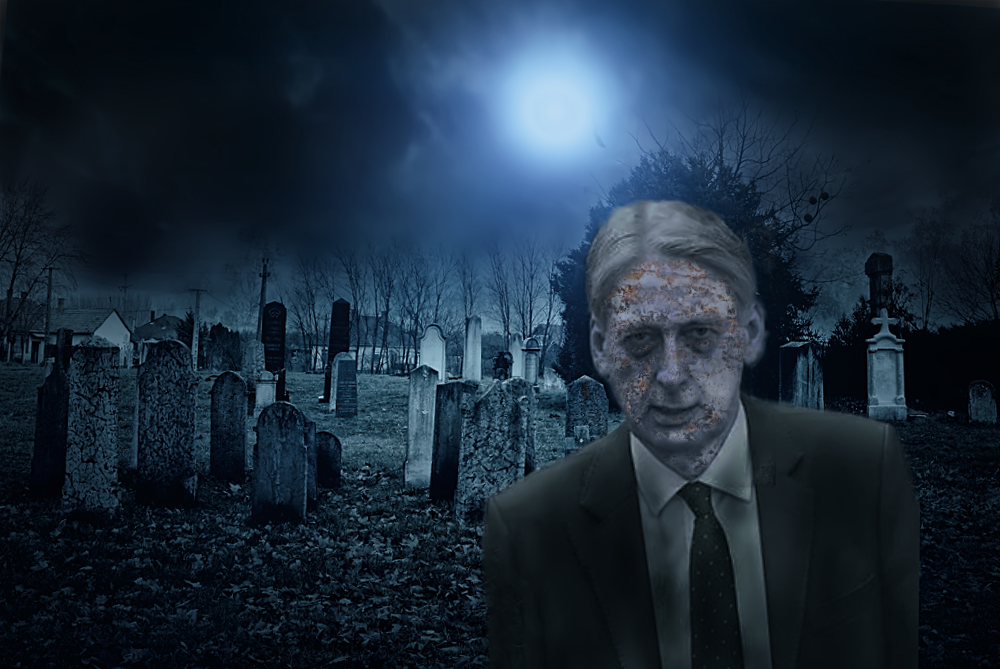 Lord Haw Haw Hammond has his days numbered as Chancellor of Doom in the Treasury. Lurching around the halls of Westminster, Philip Hammond is now a zombie walking.

“Philip Hammond is the walking dead. He lurches around spitting messages of doom and gloom with vastly exaggerated nonsense regarding a ‘Clean Brexit’ but his days are numbered,” a parliamentary insider revealed.

The Chancellor will be remembered as the Brussels go to man who put a spanner in every aspersion to leave the EU. This fear monger, a tawdry agent of the EU implanted into the job, never valued democracy and worked day and night to thwart the result of the EU Referendum.

Because of Lord Haw Haw Hammond, this is why three years down the line, Britain is still stuck in the EU.

As this rotting corpse haunts the halls of Westminster, and the Treasury, he only leaves a stench of menace and cunning sabotage.

The only way to kill a zombie is to lop off its fucking head, hopefully someone does the honours on the sorry bag of puss called Philip Hammond.