Conservative MP Mark Field has been suspended from his ministerial role while an investigation is being carried after he physically removed a female climate change protestor from a City banquet.

Chancellor Philip Hammond’s speech was interrupted at Mansion House on Thursday evening by Greenpeace activists. Mr Field has since apologised “unreservedly” to the woman he confronted and confirmed he had referred himself to the Cabinet Office for investigation.

In his defence justifying his actions, the Minister of State since 2017, revealed some shocking revelations:

“I thought the woman was Theresa May. She wasn’t bloody well invited! Yes, I had a few drinks already, and I have been angry with Theresa for a long time now. She promised me she would revoke Article 50, but was ousted before our plan was exercised. I am angry that she was sort of lazy towards the end of her term and did not do enough damage to Brexit. When I saw this woman gallivanting around, I saw red and imagined my fingers around May’s scrawny neck.”

Field, a staunch remainer, is in favour of revoking Article 50 thus removing any aspirations of a Brexit ever taking place. He is also a diagnosed psychopath who sometimes cannot control his urges, and is kept on a short leash by his medication — if he takes it. Psychopathy is a perfectly normal trait amongst politicians, a recent psychiatric study published in the Lancet revealed, so there is no alarm there.

“He’ll be supping at the parliamentary cafe and you can see the menace in his eyes. He does have quite a noticeable twitch, he winks his right eye, and opens his mouth wide open every few minutes. It gets worse if he gets excited or agitated,” a fellow MP revealed. 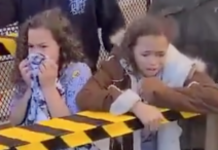