Home World Why Liberty, Freedom and the Right to Self Expression Must Be Fought... 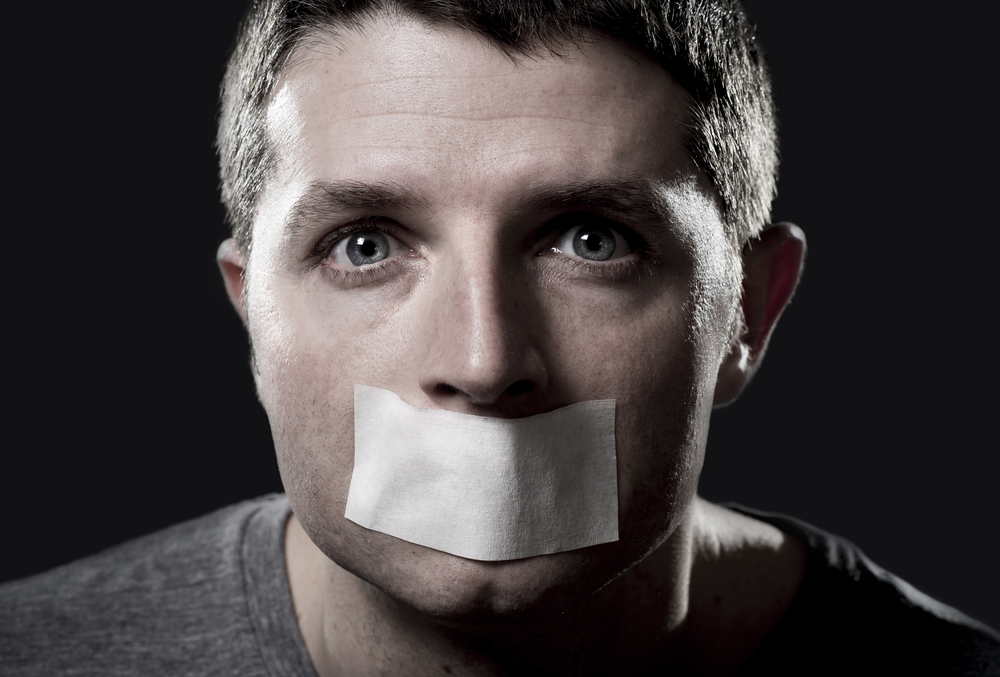 Nothing ever comes easy in life, one has to fight for every little scrap, whether it is the last morsel of food in a family of ten children, or that elusive A grade in an exam, or that job application where thousands have applied. Freedom, and the right to free speech is much the same, but this concept is the hardest fought battle, for there are many who seek to remove this human right from our table.

There are many today who actively seek to remove the rights our forefathers fought for to the death, and these enemies of freedom are working in concert to completely erase hundreds of years of work in one fell swoop.

Just as our forefathers fought for freedom, there will come a time soon when many will say enough is enough, and they will too wake up to what is going on. The insipid totalitarian tiptoe of soviet communist ideology which seeks to remove our Western democratic freedoms by uttering their Newspeak. Utilising selective keywords to describe their purge of free expression; anything that is not their ideology is thus deemed as ‘hate speech’, and anything that questions their robotic Orwellian narrative is called ‘fake news’. These linguistic terms can be used to remove anything they want, and without any recourse or explanation, such is their anti-freedom fervour.

The underhand tactics for removing freedom of speech, is one that has been utilised many times in Soviet countries of the past and present, in the USSR, in East Germany, and in Maoist China. Soviet creations like feminism, and political correctness are also a tool used to undermine free speech and freedom. Unfortunately for those who value freedom, these communistic forces reside in much of the media and Silicon Valley. Infiltrated — the higher echelons of government, and the intelligence agencies, work in consortium with the communist sympathising media elements and tech conglomerates to purge all forms of dissent of the Soviet communist ideology to which they subscribe to.

Communism is now pushed in American universities, and British universities as the only way forward, even though this totalitarian political ideology has been responsible for over 160 million deaths throughout history with its great purges. The youth of today are being thus trained as ‘Comrades’ and ‘Bolshevik’ fighters, who abhor freedom of speech, privacy or any form of individualism. They instead only support the collectivist mantras spoken by their Marxist professors, who send these brainwashed robots into the world to prepare them for the coming attempt to eradicate democracy, freedom and capitalism.

Thomas Jefferson once said: “The tree of liberty must be refreshed from time to time with the blood of patriots and tyrants.”

What the ‘useful idiots’ do not know, however is that if they were to take full control and complete their mission of installing a full communist state, they themselves would be purged, in the first instance. This is what communists do, the higher echelons of the communist structure, order the deaths of all who helped them get into power, for a very simple reason, they have been tricked into believing the ideology in full, and are thus deemed dangerous, because if they feel betrayed in anyway, they will turn on their leaders, and the hierarchy does not want that threat looming over them.

To stop this communist takeover, which has unfortunately infected much of the previously moderate left-wing media, the fight will be long and arduous, and those who value freedom, will have to have help from those in government who value freedom as well. From the lowest point to the highest point of government, we must have your assurance that you will do everything you can to clean the swamp, to eradicate the Marxists from their positions of power, to extricate their funding, to devalue their anti-freedom push, and to disable their methods of undermining our inherent rights to free speech.

The biggest threat, of course to the West today is China, and its Maoist ideology has infiltrated the West, including the left-wing tech media companies. One search engine monopoly is even working on a Chinese censored search engine, which they will use as a model to infiltrate the Western model. One social media company has a devout communist CEO, who even speaks Mandarin, and has married a Chinese wife. He has been completely indoctrinated in Maoist communist ideology, and is seeking to expand his already large empire into China. This will involve more censorship and the disavowment of democracy, free speech.

The EU, is another major threat to freedom. This is a totalitarian entity that has already impacted on freedom of speech and utilises its economic might to force nations to comply with its communist collectivist ideologies. This anti-democratic state is run solely by unelected officials in the EU Commission. In Britain today, there is a big fight going on to extricate the UK from this un-democratic authoritarian manifestation, and to bring back Britain’s sovereign free status, as well as its freedom to make its own laws, and conduct its own trade deals. The fight is further compounded by the communist voices within the UK who are trying to thwart Britain’s exit.

The sheer depth of the infiltration of these communist operative into the West is immense, and it will possibly take many decades to fight for our freedoms, that our forefathers fought for all those years ago.

“Freedom of speech is a principal pillar of a free government: When this support is taken away, the constitution of a free society is dissolved.” Founding Father Benjamin Franklin.

If you don’t want your children, their children, and their grandchildren, to live in a totalitarian communist dictatorship where there is no freedom of speech, freedom of expression, then you must act now, you must make your voice heard, vote those who subscribe to socialist communist ideologies out of office, deny the socialist power by not using their services, boycott those who deny freedom by censoring, and you must ultimately help those who wish to change this communistic creep that is setting in on our once Western democratic free society by fighting with all of your might to get rid of them once and for all.

“If men are to be precluded from offering their sentiments on a matter, which may involve the most serious and alarming consequences that can invite the consideration of mankind, reason is of no use to us; the freedom of speech may be taken away, and dumb and silent we may be led, like sheep, to the slaughter.”