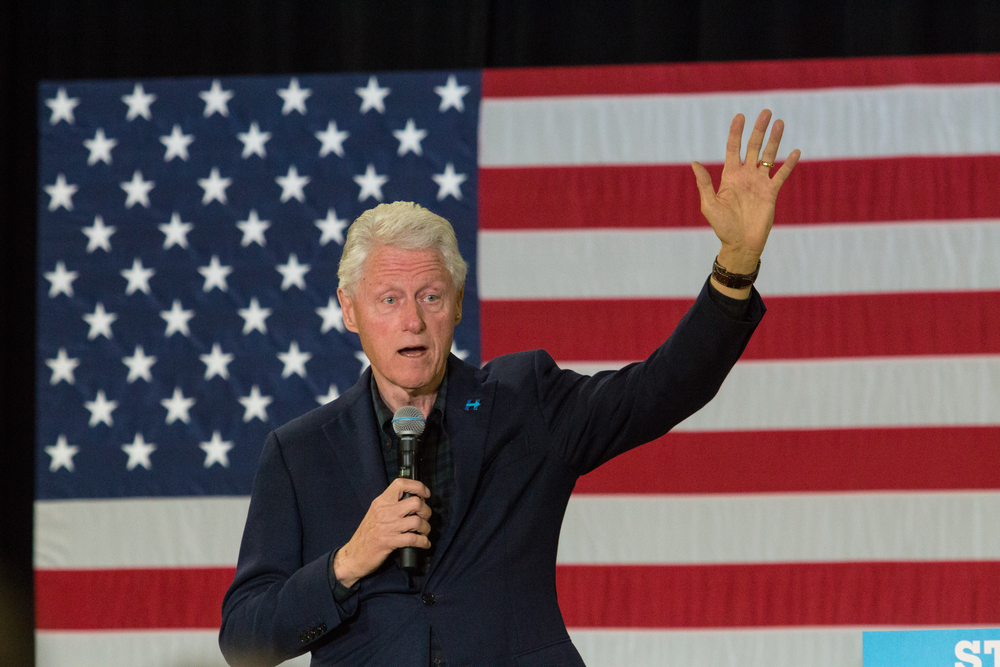 After the Brett Kavanaugh debacle at Capitol Hill, former president, Bill Clinton has put himself forward as Supreme Court judge.

Speaking at an impromptu senate meeting on Saturday, Mr Clinton vowed to do the right thing to save the Supreme Court and Senate from even more embarrassment.

“I, unlike that other fellow, do not have any skeletons in my closet. I respect women fully, and have been married to my wife for many, many, many, years without any problems. My character regarding any sort of philandering is flawless and I feel I am the right fit for the job in the Supreme Court.”

During the meeting, an attractive 18-year-old female intern dropped some papers onto Bill Clinton’s desk he had requested earlier.

As she bent over the desk, Clinton’s eyes wandered onto her blouse area, and he went visibly rhubarb coloured, licking his lips with appreciation.

One feminist bystander at the meeting was diplomatic when commenting about the display.

“I was intrigued to see Bill Clinton looking at that young woman. He drooled over the table top as she dropped the papers down leaning over the desk as he looked into her blouse. He even sniffed her hair as it dropped down across her shoulders and passed her a little piece of paper, winking at the same time. Even though I am a feminist, I am permissive of Bill’s behaviour because he is a Democrat.”

Now that the Republican judge, Kavanaugh has effectively been neutered, his life torn apart, and his career blackballed, the Democrats are doing everything they can to install one of their own as Supreme Court Justice.

Outside the meeting on Capitol Hill, many Democrat supporters assembled at the news Bill Clinton was putting himself forward as Supreme Justice. Many held placards and sang songs of praise for Clinton and his squeaky clean record.

“I’m a survivor! Once about forty years ago, a man asked me out on a date. I still think of that day with absolute disgust. This is how Republican men treat women. They are all trash, and I am so glad Kavanaugh is now eating the dirt he truly deserves. Bill Clinton is so much better than him. He has never done anything bad to women. Hillary is the best too. Yay! Doesn’t socialism rock?” Juanita Broadick, one of the Democrats assembled, told local news reporters at the scene.