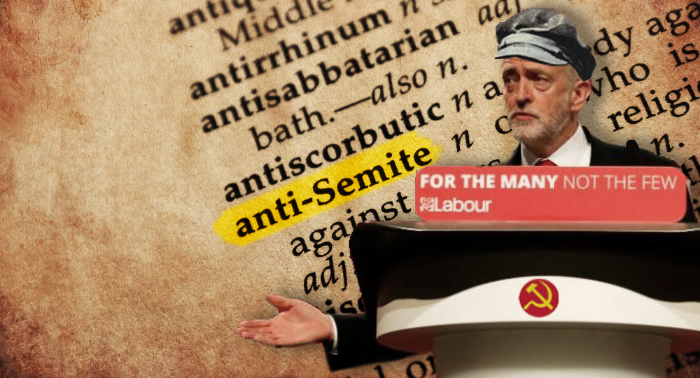 In the words of a great rock band, Kiss, who were mainly Jewish, ‘Everybody’s gotta reason to live’, something, maybe Jeremy Corbyn does not believe to be true.

The right to life, to self determination, is a hard fought right, and certainly the state of Israel has fought tooth and nail to survive for so long. History is about conquest, and the Jewish state has as much right to exist as any other state in the world.

With regards to anyone criticising Israel as being deemed as anti-semitic, this is another hard paradoxical line in the sand that Jeremy Corbyn has brought to the fore. In rational discussion, it may be okay to criticise a state’s specific actions, however one should not criticise the state’s reason to exist. All Jewish people have a right to exist as much as any other, and this is the crux of the problem for Corbyn, because he is siding with the likes of Hamas, who do not believe that Israel has a right to exist and all Jews should just keel over and die. That stance, is anti-semitic and Corbyn knows it full well.

No one should ever forget the holocaust and all the other atrocities meted out on Jews throughout history, and for this, it is their right to fight anti-semitism at every turn.

Today, atrocities are committed by all global factions, and indeed Israel has come down hard on those who sought to attack their state, and in desperation, the Palestinians have committed many atrocities fighting those who they blame for their misfortune. One must again look at history, invention, ingenuity, technique always wins through, and the Jews have always been at the forefront of all of these points. The Palestinians never broke through, they never innovated, they never chose the path of ingenuity or technical excellence.

Jeremy Corbyn, is now walking a very dangerous tightrope from which he has possibly tainted the whole Labour party for many years to come. Alienating a very important population strand in Britain and indeed the world, it is only a matter of time before something gives and he loses his grip on the party completely.

Does Jeremy Corbyn have the right to exist?