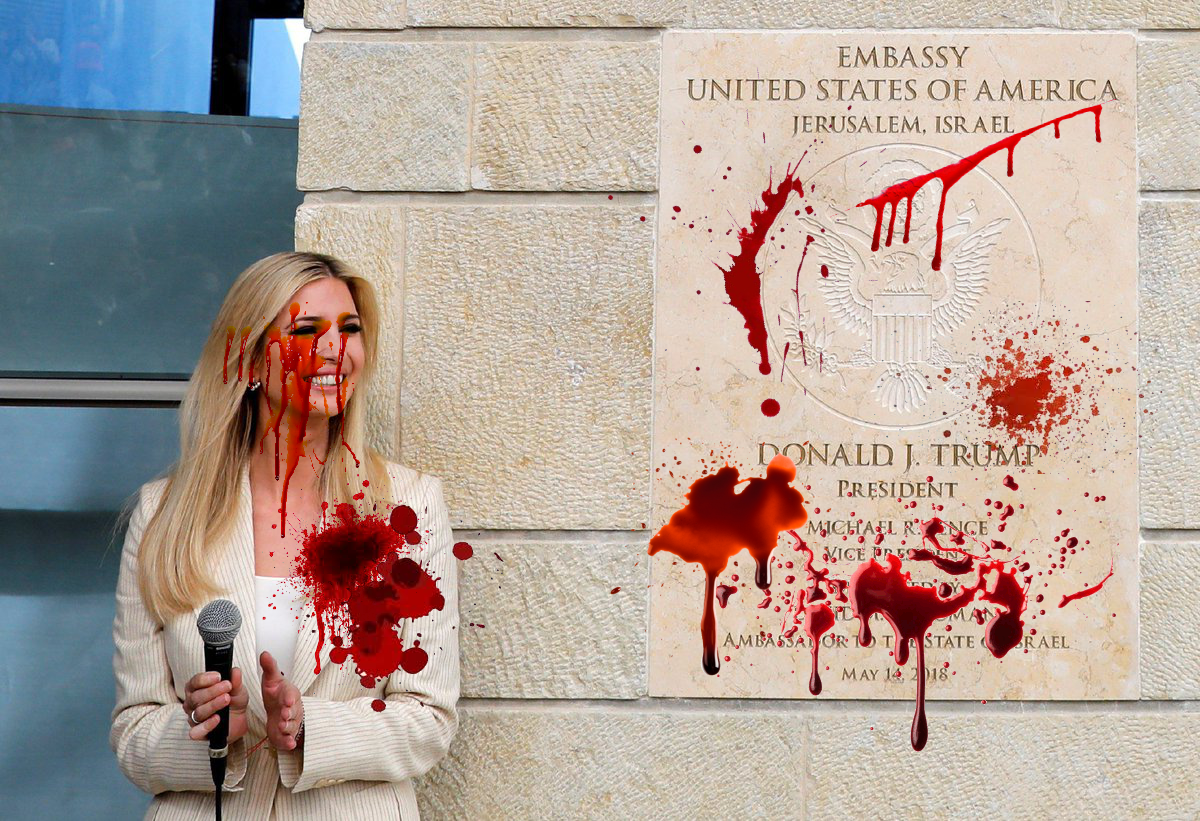 President Donald J. Trump today hailed another mission accomplished after the successful opening of the American embassy in Jerusalem.

“The Israelis only killed 98 Palestinians during the opening ceremony. That’s quite a success in my eyes because there were thousands of these indigenous shitheads around. I’m actually surprised the number of deaths was not higher.”

Trump’s beautiful daughter, Ivanka, stood by the plaque for the new embassy as arms flailed in the air, at one point she was hit by a dismembered foot but her smile did not flinch at any point during the opening ceremony.

A bystander who lost both legs during the American embassy opening ceremony was okay about it, and just notched it under slight bad luck.

“I was standing in the crowd clapping when the bullets started flying and IDF soldiers told us to disperse. I held up my invitation slip but the soldier unloaded a magazine or three of bullets into my legs practically disintegrating them. I’m thankful I got to keep my scrotum although the rest is all gone. Oh well, I’m happy about the U.S. embassy and wish many more years of fun and games,” Lionel Majinski, recalled from his Jerusalem hospital bed.

Jerusalem officials have revealed it may take a few days to wash away the blood and dismembered body parts from around the embassy and other areas but other than that everything worked like clockwork on the day.