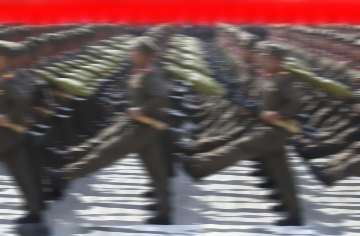 With news that Peter Thiel, like other billionaires are setting up safe havens away from everything in case of economic and financial collapse in the West are sadly mistaken.

When the collapse comes, there will be complete disorder and chaos. Banks will shut, all social security will stop, and all emergency services will eventually be forced to stop after being inundated.

Naturally, disorder and collapse of all financial services will result in rioting in the streets accompanied with mass looting of all businesses and rich people in their homes.

No food and water for three days will make any population, however civilised beforehand, into wild savages.

One must remember that disorder in the West, is a trigger for the West’s enemies to strike. Therefore, China, Iran, N.Korea and Russia would capitalise on the chaos.

Striking while your enemy is at his weakest is a sure way for success in any military attack.

The precept for invasion could also be cloaked in aiding the West, where they move troops in to keep order on the premise of helping whichever nation they are invading.

South China Sea and All That

This is why New Zealand, and Australia, which are only a ship ride away from China would be one of the first places to be attacked. China has had its eye on Australia for some time, and who is to say they won’t have an eye on New Zealand as well?

Peter Thiel, and his billionaire friends would thus be rounded up just like everyone else and sent to re-education camps or communist Chinese gulags. Remember that the Chinese are desperate for land, and Australia/New Zealand have plenty for its needs.

When it comes to swarm warfare, China wins hands down, nothing will get in their way, and the millions of fighting men and women of the Chinese military are a formidable force.

The billionaires who are buying plots of land in New Zealand now can only be labelled as misinformed idiots with too much money and no sense.

Are you that fucking stupid, blinded by your riches that you do cannot see the immediate threat lying directly above Australia? Idiots.