ANTIFA supporter, Nikolas Cruz, 19, who had been expelled last year from the Florida school, went on a gun rampage killing 17 pupils including staff.

The alleged ANTIFA member, adopted the communist, Marxist ideology utilised by the far left group which is supported by George Soros, Hillary Clinton, the Obamas, and other important American democrats.

The killing spree started when Cruz set off the fire alarm so he could shoot more people funnelling through the corridors.

As Cruz was a member of ANTIFA, and clearly supported their extreme left-wing communist ideology there are several motives for his actions.

Firstly, ANTIFA is about disarming Americans, they are anti-gun, therefore what better way to bring up the anti-gun message again with another school massacre, secondly, he could have been targeting conservative students, especially Trump supporters, thirdly, he was angry at being expelled.

We advocate for an ideology that has killed 94,000,000+ people in the 20th century and the media doesn’t bat an eye. Why? #Charlottesville pic.twitter.com/8XJAjOGBEx

Of course, Cruz, like many of his communist brethren is brainwashed into the cause of revolution, this can only be done by violence.

This is not just another American shooting spree, we are used to them now, but this was a politically motivated shooting.

Before sending your “thoughts and prayers” to #Parkland keep in mind that 31% of the people living in Broward Country voted for a literal fascist dictator. pic.twitter.com/cz3RSzyN2H

What kind of white supremacist shoots a bunch of white people?

Some news services are now claiming that Cruz is in fact a far right wing Trump supporter who joined a supremacist paramilitary group that they conveniently do not name. This news is however hard to believe, especially when the Hispanic Cruz was registered to vote as a democrat. Hispanic democrat voters are not allowed in white supremacist groups. Naturally, there will be smoke and mirrors put out by certain agencies and factions, so it is hard to believe what is truth or not. One has to look at the facts, and if people suddenly appear out of nowhere claiming something, there must be questions asked, especially if the articles show very little evidence of what they are claiming, with no actual sources or names.

Reports that Cruz was affiliated with white supremacist groups has been refuted by the Anti-Defamation League who backed away from their previous claims.

Detectives are investigating a possible connect between Cruz and a small, Florida-based white supremacist group called the Republic of Florida, which seeks to create a “white ethnostate” in Florida. But the Anti-Defamation League, an organization that monitors hate groups, has backed away from its initial report that Cruz had been involved with that group.

The league put out a statement saying that a representative of the group, who had earlier claimed Cruz was involved, now says he had been “misunderstood.” 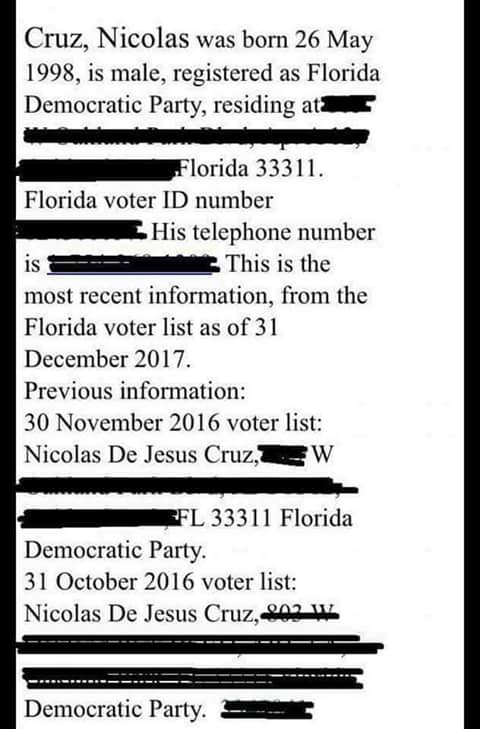 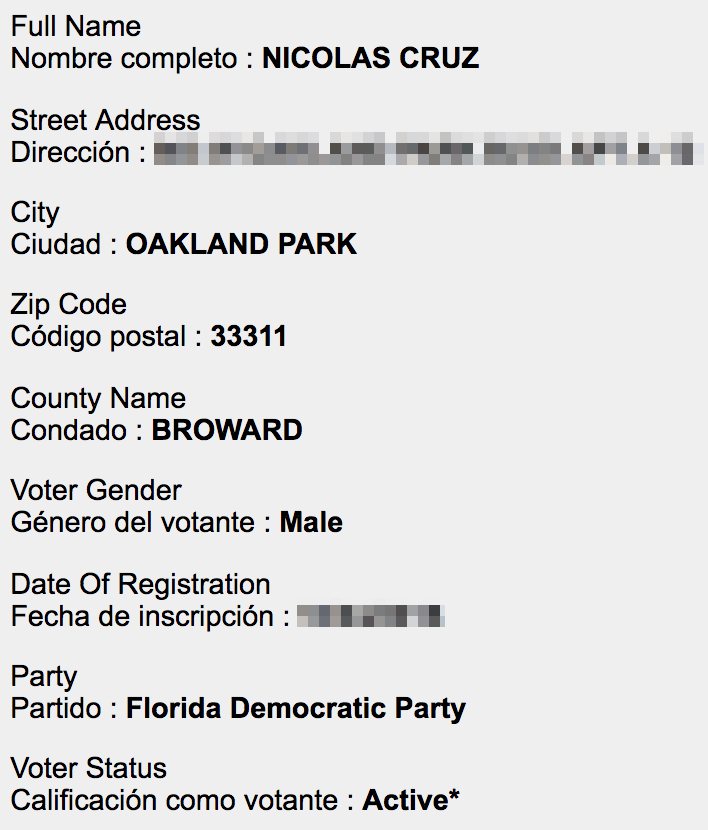