“This is just the beginning, a little taster of what is to come,” a protester told Sky news before smashing a fire extinguisher through Prince Charles’ car window.

The production of ‘Children of Men‘ portrays the U.K. in the throes of civil war and complete civil unrest.

“We’re honoured to have the Prince come to our production. He braved the journey from the palace and his car actually drove through London’s streets. It is now no longer safe for MPs, celebrities, rich people or Royals to be seen to travel in public areas anymore,” an injured policeman said from his hospital bed.

As Prince Charles’ Roller rolled into Argyle street for a Royal Variety show he will never forget, a maelstrom of anti-establishmentarian hatred burst its unholy bubble onto the car smashing the windows and engulfing it with pure unadulterated hatred.

The future King, of what will be left of England, and his wife, had their Rolls Royce limousine nearly turned on its side as hundreds of angry protesters engulfed it shouting expletives and daubing it in paint.

“The funny thing is when the Prince walked out of the performance, he commented that there was not much difference between fiction and reality,” the director of the production, Robbie Baldrick, told the Times.

The Prince and Duchess were later airlifted out of the area by helicopter and taken back to the high security palace three miles away from the theatre. 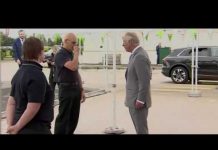 Duchy of Cornwall Garlic Proves Too Strong For Asda Man 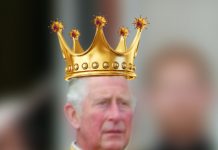