“Mary Bale has been given a ban on ever visiting a zoo in her lifetime. We think this is unjust behaviour and will take this ridiculous ruling to the High Court if we have to,” Solicitor David Bairns representing Ms Bail at Coventry Magistrates Court told the Coventry Herald.

Ms Bail, who now lives at a secret location and is under constant surveillance for her own safety, did not comment as she left court yesterday, instead she hissed at reporters like an angry cat before fleeing in an unmarked van.

Joanne Leeming, a zoologist at Birmingham zoo said: “I think this is wonderful news. I mean, what if she came along and tried to dump a penguin or a Capuchin monkey in a bin? We’ve got some endangered species here, we certainly don’t want the likes of Mary Bale upsetting our animals.”

The court ruling forbids Ms Bail from coming within 50 feet of a zoo or any live or dead animal for the rest of her life. If she is reported or spotted on CCTV she could be jailed for up to five years if convicted. 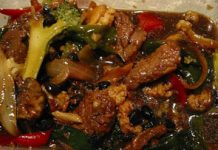