The former soccer legend turned up in a cab at Karachi train station last week clutching a loaf of ciabatta bread, two fishing rods, a dressing gown, lager, a rubber dinghy, some frozen pizzas and chicken pieces for the flood-hit people of Pakistan.

He appeared drunk as he described how he wanted to help the people of Pakistan after seeing footage on Sky news.

Gazza, 43, said: “I can teach the Pakistanis how to fish. I just want to give them some therapy because they’ve been through some really hard times, like, and say ‘Come on Pakistan, it’s Gazza’. I guarantee I can save them.”

Gascoigne visited a flood relief camp in Sindh province on Thursday before being stretchered away drunk out of his f*cking mind.

His spokesman, Jimmy Fivebellies, said he was bringing special gifts all the way from Newcastle, England, for the Pakistani people to enjoy.

“He heard that the Pakistani people need some help urgently during these hard times, like, so he’s gone and brought some stuff for them, like,” Fivebellies stated. 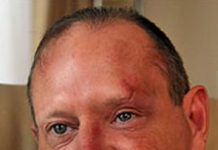 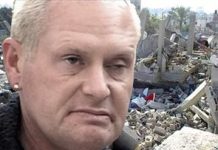 Footballer Gazza Off to Gaza