“It’s like a turkey shoot out there. Anyone walking on the streets that looks like a towel head, we mow down with our 50 cal. guns. It’s a bit like video games. Hell, we shoot women, children, dogs, anything that moves. Anyway, I’m happy to receive my medal of honor, for killing thousands of Iraqi untermenschen in cold blood from miles away while I was sitting in my helicopter safe and sound,” Lieutenant Ronald Waskowick, told the applauding crowds after his homecoming ceremony.

The fortified American bases are full to the brim with soldiers whose job it is to oversee that Iraqi trainee ground troops get shot daily by the few Iraqis who choose to fight back.

“Ever since we got our fortified bases built, we don’t dare go out into the streets of Iraq unless we’re in a chopper or plane. Getting shot and having limbs blown off is now the job of the ill equipped Iraqi conscripts, and hell, we don’t care about them, let the towel heads shoot each other. The lesser of the Muj’s the better it is for us. Some day we’re gonna make this place like America, you know, fast food joints, strip joints, bars and casinos on every corner. We want Iraq to be the Reno or Vegas of the Middle East,” the Lieutenant added.

Indeed, many Americans are thoroughly bored in Iraq now because it’s just too easy to murder Iraqi civilians and get medals. Some military superiors are even talking about shooting civilians with guns on the street instead of from twenty miles away through an Apache’s video system.

“Yesterday I shot up thirty kids playing soccer in a street, I got me a medal for that too goddamnit. They must have been insurgents because one of them was holding a stick. It’s some good killing out there. After I shot those children I was laughing so hard we nearly crashed,” another US pilot told the applauding crowds before receiving the Purple Heart medal. Donate to
WikiLeaks 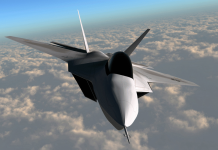 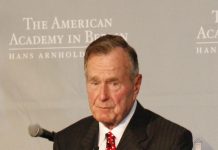