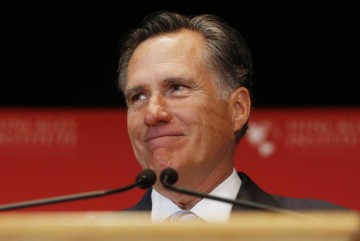 An increasingly desperate GOP wheeled out Mitt Romney to lambaste Donald Trump on Thursday, an event that spectacularly backfired on the establishment.

You’d think they were giving a gift to Trump. I’d say Trump voters tripled in number after the Romney speech because not long after, Trump took the stage and explained point by point how everything Romney said was wrong. Trump then positioned himself as a person being unduly attacked, especially after supporting Romney in the past.

“I was on the sidelines about Trump but after the Romney speech and then seeing Trump’s answer, I immediately went to the Trump side,” Cory Johnsons, 41, a baker from Portland, told local news stations.

Although Romney talked a lot of sense with regards to Trump, it is a sad detriment to the vulgarity of Trump and his fans who will capitalise on the speech.

One has to make two assumptions about GOP: either they are really fucking stupid or they knew the reaction and are actually counting on Trump.

Donald Trump may be a fraud, but he is fooling the American people with impeccable calculating ardour. You may say it is not too hard a task to fool the lemmings lining up at electoral rallies, however there is some merit to Trump’s technique in pulling the wool over the eyes of the people. GOP may eventually have to settle with Trump, because it will mean having a person at the helm who is good at lying and duping the population whilst smiling like a jackal. A perfect candidate if there ever was one.