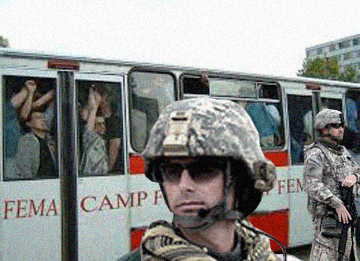 The night of the election, there is a strange quiet on the streets and boulevards of America. People have voted and the election results will soon be in.

Families pack around their TVs munching away as the results slowly ebb in to news rooms. Trump got New York, Trump got Massachusetts, Trump got Minnesota, pretty much every state apart from California.

The final results reveal a Trump win that everyone saw coming.

That night, the National Guard are mobilised across the entire United States, every home, every dwelling is visited and those who are deemed as undesirables are led out into the streets and put into prison trucks.

Families are torn apart overnight, some taken away, some left behind. There are shootouts as some try to stay in their homes but are killed or injured in the fighting. 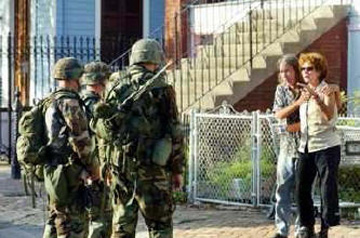 The morning after, people wake up and wonder where everyone has gone?

“You seen Kamal? He was meant to go to come into work this morning?” Julia, his co-worker in an electronics company asks.

She will never see Kamal again and neither will any other person as he is now in a FEMA camp set for deportation or processing. There are millions of people in these camps all scared, clueless as to what is to become of them, all at the mercy of the cruel camp guards who taunt and beat them daily. 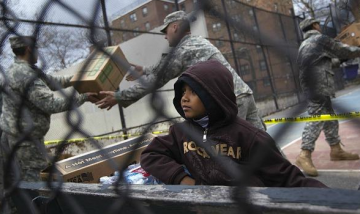 In the FEMA camps ‘processing’ means you are processed for extermination. There are incinerators in each camp which can reduce human bodies to ashes in less than fifteen minutes. Many are processed within the first few weeks of the Trump presidency. The plumes of smoke rise across all American cities as the furnaces burn day and night to exterminate the Untermenschen.

All borders around the United States are closed and the army has been given the job of keeping each centimetre of the borders under watch. 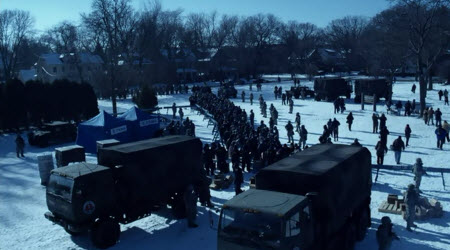 Most of Miami is now a ghost town as the millions of Hispanics are now in camps or have been shipped back to South America or Cuba.

Los Angeles’ population has been reduced by 89% and the African Americans and Hispanics are all safely away from the white population.

On the fourth week of his presidency Trump decides the Middle East is a problem that can only be solved by nuclear means. An atomic bomb is dropped on Syria killing millions of people. The global community is outraged and the United Nations calls an emergency meeting where the U.S. is castigated for such irresponsible behaviour. 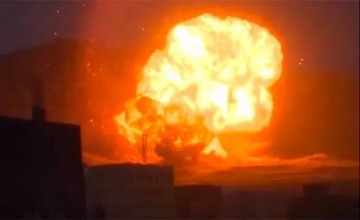 Trump says: “I solved the Middle East problem in half an hour. What would have taken decades or never I solved, so suck my balls bitch!”

As the radiation plumes spread across Iraq, Iran, Turkey, Jordan and Israel, many who are not in shelters suffer from radiation poisoning and die slow painful deaths.

Meanwhile, Russia and China have been standing by watching the Don nuke half the Middle East. They show their disapproval of Trump’s actions by cutting off all diplomatic ties with the U.S.

Has President Trump bitten off more than he can chew? He is irrational and surrounded by yes men who dare not say a word against his emotive outbursts and illogical un-diplomatic rhetoric.

The third month of the presidency is the penultimate one and Trump loses his cool with Putin who is setting up Arctic bases close to the U.S.

The president orders Putin to get out of the Arctic and take his Russian soldiers back to Russia. In true Putin style, he stands his ground, something that makes Trump blow another gasket because he is only used to getting what he wants immediately.

Who fired the first shot is not known, but the result was an exchange resulting in thousands of Russian soldiers dying in their now ruined Arctic bases.

Putin, angered by this aggressive stance by Trump pushes through Ukraine in one week, then takes Finland.

Meanwhile in Libya, where ISIS have regrouped, there is a major push into Morocco and Italy. It seems the nuclear bomb in Syria did little or nothing to thwart the group.

Trump wants Libya nuked but is told in no uncertain terms that this action would start World War III in nuclear terms. 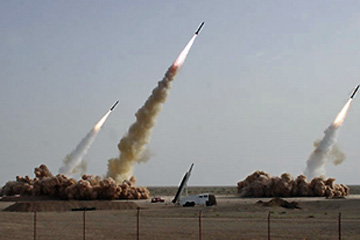 On the 18th of February 2017, radar stations based in Europe detect multiple launches from Russia and China towards the United States.

Trump is woken up in the White house, he is told to get to Air Force One immediately to be taken to the special bunker.

NORAD tracks the ballistic missiles getting closer, Trump gives the order, and as the first mushroom clouds are seen towering over U.S. cities, Trump and his family have been successfully delivered to their bunker. Safe and sound.