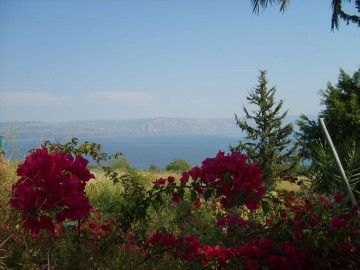 The circle of violence continues because of ignorance and hatred. If there was understanding there would be no need to fight any more.

The Jews have succeeded in fighting for their land, and throughout history, conquest has always been the final meter for success.

All land was gained by one party losing and another winning, and the Palestinians have lost where the Israelis have won, it is part of the circle of life, much like any animal in the jungle or savannah in the gene pool.

Species come and go, and so as time rolls on Israel has vanquished the Palestinians, who have been left in their state of despair, one brought on mostly by themselves.

The world is full of ignorance, people who are blocked in mind and soul, unenlightened fools living in their own limited matrix and blinkered views, and if one was to open their minds they would see for a fleeting moment what they are and what they could become.

It is futile to think that a light may come and shine upon those entrenched in ignorance to lift them from the depths, but until that time, there will only be an endless circle of hatred, war and violence.