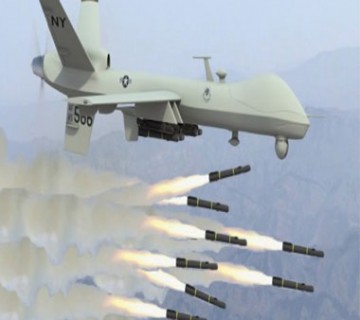 Panic broke out at this year’s Hajj pilgrimage in Mecca when one pilgrim thought he heard a drone flying above, then there was a lot of pointing and someone started to run. Within minutes the tarmac was a macabre jumble of dishevelled, partially clothed bodies as the stampede gathered pace away from the imaginary drone.

“We are used to seeing drones all over our countries bombing us indiscriminately, so naturally there was panic. In fact, in my village we only have one house left standing and no children left for the school, they were all bombed to death by U.S. drones,” Abdul Khaseem, a Muslim pilgrim who survived the stampede told Saudi news reporters on Thursday.

The United States defence secretary later denied there were any deadly drones in the area at the time, he said they’re too busy bombing schools and hospitals in the Middle East and there aren’t any spare ones to bomb the pilgrims available.