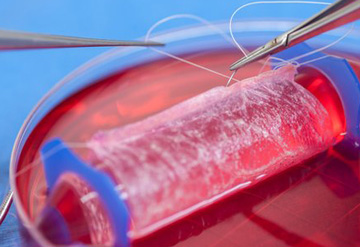 Alfred Neuhart, a technician working at an experimental laboratory in North Carolina was involved in an industrial incident that could have resulted in a fatality on Sunday night.

According to the scientists working on the ground breaking project, a big box full of lab-grown vaginas which was presumed lost accidentally fell over releasing the little snappers onto the lab floor.

“You would have thought it would be every man’s dream to be attacked by thousands of vaginas, but this turned into a living nightmare for the poor fellow. Neuhart, didn’t have a chance, he slipped on one, then when he fell over, the vaginas jumped him latching on like a vice. We tried to pull a few off, but once these get a grip the muscles start rippling up and down. They even let out a strange ‘cooing’ sound as they alerted their friends they caught something,” professor Miles Feline, the project leader told the BBC.

The technician is currently recovering at a local area hospital in a semi-conscious state.