Denim manufacturer  Azgard9 is claiming to have developed a sustainable garment that produces Oxygen, in what is seen by the brand  as the “garment of the future”.

It is not known whether the garment, called “CO2AT”, has been scientifically tested by an independent source in any way.

The garment was apparently developed in partnership with Post Carbon Lab, in London, the CO2AT is touted as a living being.

Its hoodies are treated with microbial pigmentation, so actually behaving like a plant by using photosynthetic   microorganisms – a process by which plants take in carbon dioxide and turn it into glucose and oxygen.  Therefore, during its life cycle, it releases oxygen, improving the immediate environment of the wearer, due to its living cells coating. During its life cycle, the poncho neutralizes the impact of its production.

Leading denim manufacturer, Azgard9, creative agency Stream and Tough Guy, and branding & design agency This is Pacifica, converged to create the concept behind a pioneer sustainable project which improves the immediate environment of the wearer and produces ‘approximately the same amount of O2 as an oak tree’. (unverified)

While Azgard9 has materialised an idea from the future, the goal is now to turn it into a mainstream concept. Serving as a wearable manifesto for the fashion world, the living garment is being shared with the retailer’s global network, that goes from large fashion groups like LVMH, to the biggest fast fashion brands like ZARA.

True to the belief that the planet belongs to everyone, Azgard9 wants its idea of sustainability to be accessible to everyone. An idea of Mainstream Sustainability that materializes the motto “Future Before Fashion” has been created to propel people to act now.

Naturally, we welcome such endeavours to create a little more oxygen on the planet, however we have seen in so many events in the past, when humans mess with the real order of nature, there can also be terrible consequences.

Solving earths problems is not as simple as one singular thing. Many brands foolishly think that earths problems can be solved just be reducing CO2, but earths problems are multi faceted, and need numerous solutions. Reducing CO2 has now been reduced to some marketing fad by companies who are jumping on the ‘do-gooder’ train to gain points with the eco lobby, and gain sales by virtue signalling.

You want to reduce earths problems? Then reduce the global population by 90%. Does anyone or anything have the balls to do that? Thought so. 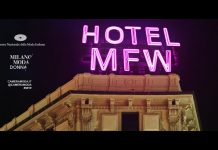 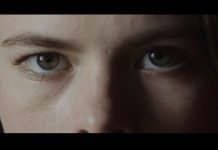