King’s College London and Newcastle University have discovered the breach of security only recently and have now stepped up measures to bring the dangerous situation under control.

Humans within the British Isles have been warned of the very real threat that these hybrid creatures may one day breed.

Researchers have been producing these “cytowaynerooneyplasmic” hybrids that are 10 percent human and 90 percent animal. 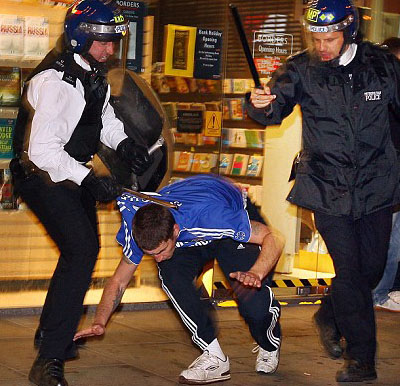 Scientists are baffled at how these creatures have been allowed to roam the streets undetected for so long.

Dr Lyle Papamouchka, leading the team at Newcastle University, said:
“These hybrid mutant creatures are a credit to our skill in modern scientific process.

“We have created base creatures that are a throwback to a pre-Neanderthal age. A knuckle-dragging species stuck in a long lost time before modern humans found civilisation.” 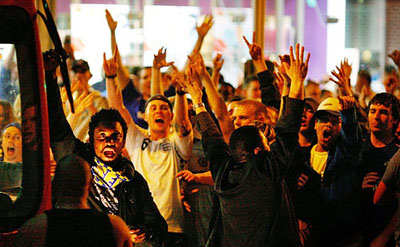 The Hybrids are seen as a danger to humans

Because of the threat that these hybrid creatures may start breeding, there will have to be a mass cull of their numbers.

In the British Isles there are millions of these animal-human hybrids roaming the streets.

“They have a very limited brain capacity and their intelligence levels are that of a goldfish. They are predisposed to violence and aggression as well as unprovoked vandalism. Needless to say, they should be approached with extreme caution,” Dr Lyle Papamouchka warned.