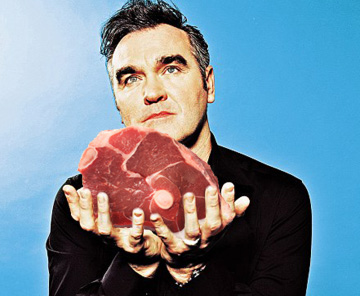 “I don’t like to eat meat. At least that’s what I tell my special male friend,” the outspoken singer and lyrical maestro told some leftist newspaper.

Morrissey is set to attend a book signing in an abattoir in Salford, Manchester next week where he will smear freshly clotted blood from the butcher’s table onto his latest best selling novel called ‘I Don’t Eat Meat Occasionally Oh Go On Darling’.