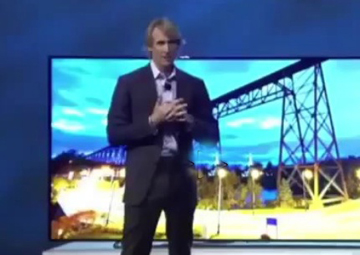 The director who makes some of the most bland plotless films ever to reach the screen and has no cinematic talent whatsoever is a sufferer of terminal Telepromptitis which is a recognised medical condition. Other sufferers are president Barack Hussein Obama and Miss South Carolina.

Dr. Erhud Weiss described the condition on the Oprah Winfrey show: “It’s not just untalented Hollywood directors who suffer but it is a serious condition where certain people have to read lines written by other people because their brains cannot make their own sentences up. They’re basically empty shells walking around and need to be told what to do at all times.”

Michael Bay even needs a teleprompter to order a cup of coffee and has a team of four people dragging a teleprompter around wherever he goes. He also has a 15 strong team of writers on call at all times to write what the director will say next.