It is great to see attention to historical detail as one witnesses within this short masterpiece filmed in the Puy de Fou, where acclaimed French director Bruno Aveillan cruises through time as if it were nothing but a short, hop, skip and jump.

One can see elements of Terry Gilliam, maybe some Les Visiteurs a la Jean-Marie Poiré albeit without the quirky comedy, and a smidgeon of Ridley Scott-esque historical detailing.

The short film was filmed entirely in the heart of Puy du Fou’s authentic, scenic park and includes performances from the park’s stuntmen, horse riders and artists. 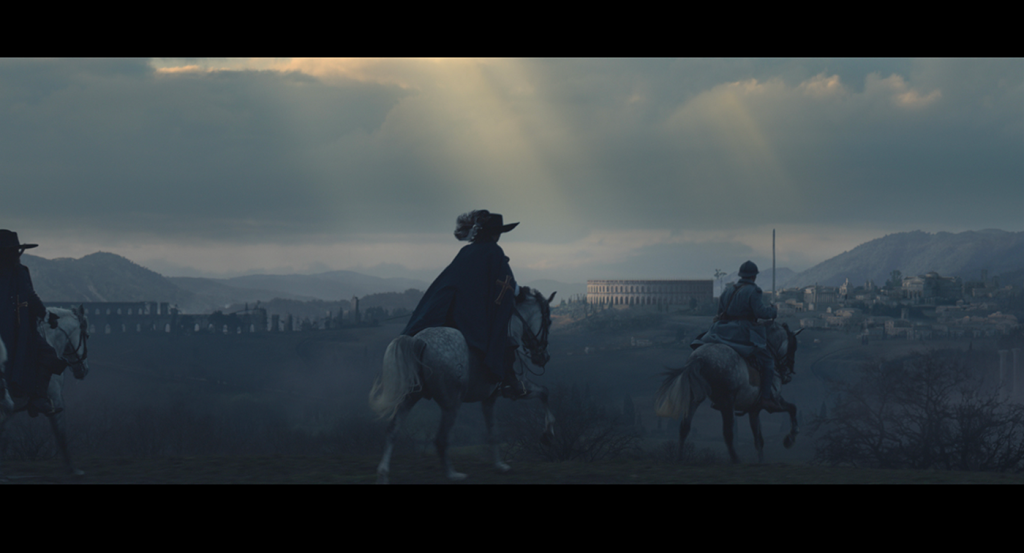 Preparation for the film took two and a half years and an entire week of filming using five cameras filming simultaneously in order to bring this unique picture to life, one that reflects the quality experienced by Puy du Fou’s visitors. Over 200 actors from Puy du Fou took part in the making of this extraordinary film, which required 600 costumes, 30 horses, 2 tons of fireworks, 30 make-up artists, 2 drones and over 60 hours of rushes.

Bruno Aveillan has been able to translate the aesthetics and visual force of Puy du Fou’s facets which have made the park famous for over 40 years, into a spectacular and moving film.

Technical excellence, intricate visual magic is all too apparent, and after watching the film, one can only want more of those moments in time.

‘Eternals’ showcases the amazing theme park in the heart of the Vendée region of Western France, it brings forth the qualities of the French imagination and their deep historical cultural value. Forget Disney Land Paris, Puy du Fou is the place to go, to truly enjoy one’s freedom of expression and imagination.