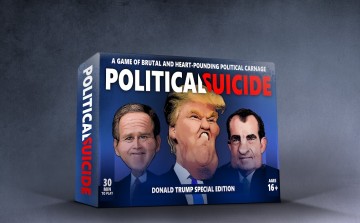 The fun arises when seasoned Machiavellian politicians commit political suicide, to see them squirm as they falter is a joy to many observers, especially their political rivals.

That’s why you’ve got to play the game, aptly named ‘Political Suicide’ and see how far you can get in the tortured halls of power yourself without falling prey to some other dastardly vicious rival. 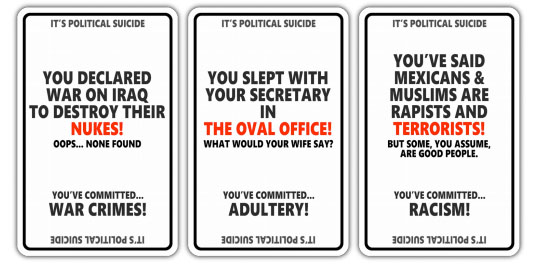 In the game, players must fight to prevent their own suicide whilst bringing down their political opponents.

This amazing card game will have you and your friends turn into stone cold backstabbers in no time, but it’s all good natured fun folks because it’s just the game of politics, we’re all friends here, is that right Mr. Trump?

Now you want to play, you have to support the Political Suicide team get this game on the podium with their Kickstarter campaign.