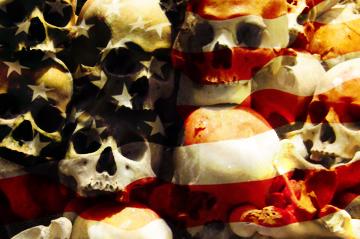 For a moment it was looking sticky for America, what with Bin Laden dead and the Muslim nations thwarted, but then Putin stepped up to the plate.

“The American people were slowly seeing who we were, because their attention was not being diverted to some boogeyman any more. We don’t like that so we gotta thank Putin for diverting the dumb American people. It’s a blessing that we have the dumbest citizens in the world. Thank you Putin, we always have to have some other focus point, someone else to fight, we’re a war nation, we make war on people and the world, we don’t make love we make war dammit,” Democrat Senator Edward Heinz, told CBS news, Monday.

Without outward conflict, America as a warring nation turns inwards, because they have to always fight something. Putin stepped up to the plate this time, and once he is gone, America will move onto the next enemy.