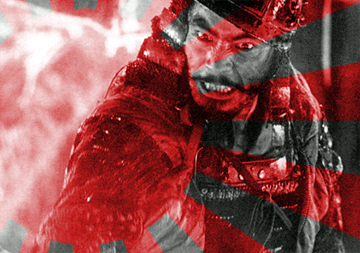 Since World War II the Japanese have had their true warrior spirit stifled by the Americans. Could this be the time the Japanese samurai spirit of Bushido is coming back?

“I can see Toshiro Mifune sharpening his katana as he goes over another hill in the windswept country which was so horribly subjugated by the Americans post World War II. The Japanese were weakened and had their military forces watered down to placate their American overlords, but now as China bares its teeth at Japan, is the land of the rising sun ready to fight? Have they forgotten the art of war? Can such a small island bring back their military power once again? The taiko may once again beat from one of the most fearsome warriors anyone has met, a brutal army who crushed all in their path ruthlessly,” Jon Winchester, a military analyst revealed in this month’s edition of Jane’s Defence.

Article 9 of the Japanese Constitution must be ripped up or amended immediately if Japan is to survive. America is now a weak nation and has no say in world affairs any more. Japan must defend itself or die.