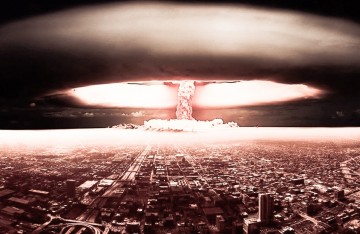 According to Israel’s premier, Benjamin Netanyahu, the Iranians are definitely building more nuclear weapons and for once he’s right, they actually are.

Looks like the world is a safer place now so we can all rest assured that we all won’t get blown to smithereens in a nuclear holocaust…Aaaargh!!!!!