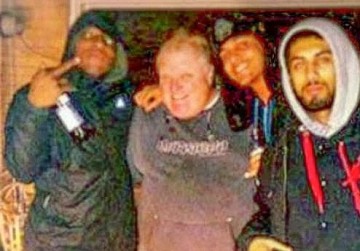 Drug addicts, gangsters, Mafiosi and all round bad eggs are flocking to the city of Toronto, Canada for a shot at becoming the Mayor of the city.

“You can do anything you want and not get fired. That’s a very appealing perk of the job. Not only that, you get paid for the job alongside the money you can make in any shady business of your choice,” Nicolo Gambino, a hit man from New Jersey, USA, told CNN.

Toronto’s current mayor, Rob Ford, is a fully fledged crack cocaine user who has a penchant for meth and extreme violence as well as degenerate sexual misconduct and he is a celebrated mayor of Toronto with not even a slap on the wrist for his behaviour.

“I, I, you know how should one say this, I admire the man, he can get away with anything. Over here you get crucified for even having a little nooky on the side, or a load of illegitimate children whilst being married. It’s terribly taxing I tell you. The Romans and Torontonians would never have put up with such nit picking.”