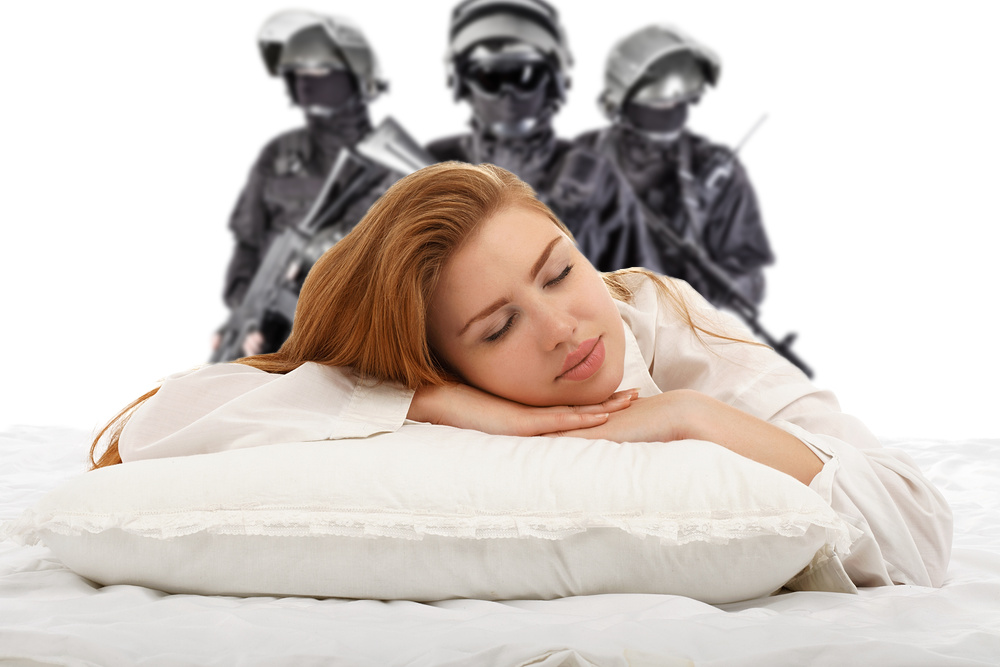 Whilst Democrat supported groups like ANTIFA and BLM lay waste to whole cities, looting, raping and murdering innocent citizens, the Democrats are now demonising citizens who love their country, veterans, patriots, Christians, Libertarians, My Pillow customers — basically anyone who does not believe in Marxist communist totalitarian rule.

“You see this pillow. We will fight them when they come for us. Yes, they have lists of our numbers and addresses and they have said they will come to take us away in the middle of the night. It’s like what they do in China, disappear people or put them in re-education camps where brainwashing takes place. My pillow is my defence, and I will defend my liberty to the end,” a defiant My Pillow owner revealed on Monday. Sadly, the 24-year-old woman from Pennsylvania was arrested in the small hours of Tuesday morning, her home raided by a Democrat ordered SWAT Team. She has not been seen since.

Pillows, especially My Pillows are now designated domestic terrorist weapons according to the Democrat Party.

As the Democrats treat their own citizens like Stalin treated the Kulaks, the pillow is the best defence it seems.

Never mind folks, just prop up your pillow and think of better times.