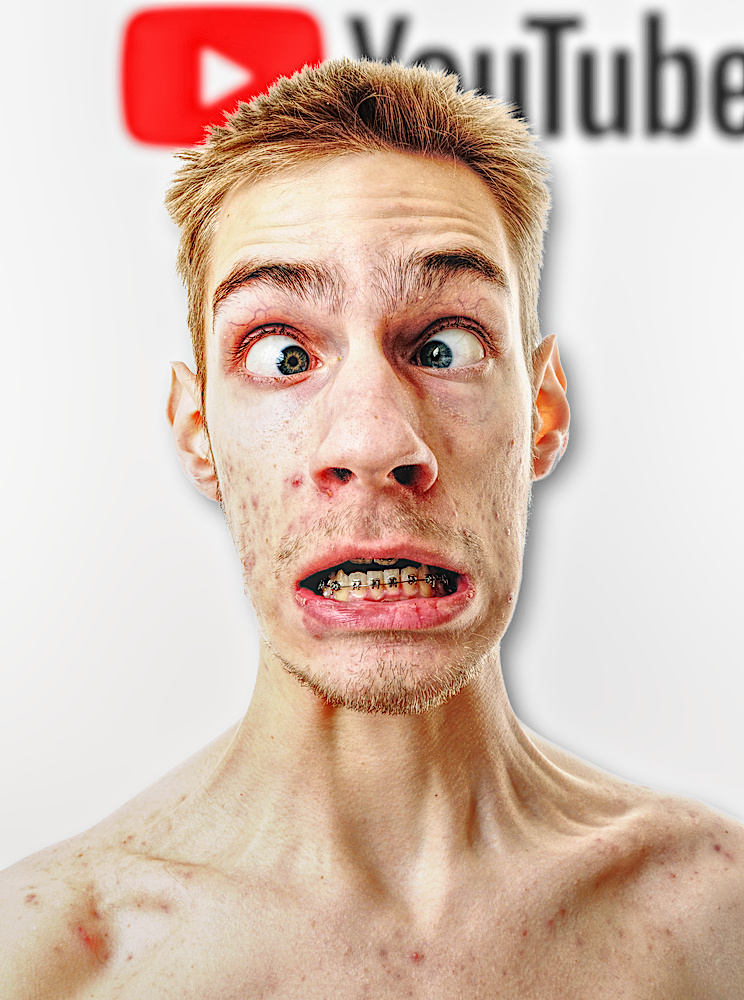 Hi Squibbers, this month we have some low IQ gems that truly exemplify the drastic fall in intelligence levels in recent times.

This wonderful specimen does not hail from the rainforests of the Congo, but from Louisiana, USA. For a start, real gorillas have considerably higher IQs.

Tessica Brown ran out of hairspray, but had a bottle of Gorilla Glue handy. She sprayed her hair with the strong adhesive that should only be used to repair objects like furniture. Naturally, her hair became rock solid on her scalp, and a visit to ER did nothing as bemused medics had never seen such stupidity in their lives.

It is estimated that Tessica Brown’s IQ level is with all probability around the 38 level, and that’s being generous. Her IQ level is thus below someone with a major brain disorder or injury, and she is even below the level of major retardation.

Some people will do anything for YouTube views, don’t forget to click the fucking subscribe and notification button. Timothy Wilks, 20, was gunned down in the parking lot of Urban Air trampoline park in Nashville, Tennessee, on Friday.

Wilks was filming a robbery prank for a YouTube channel at the time.

He is reported to have lunged at strangers with butcher’s knives, so he could record their terrified reactions.

This time, there was no ‘like’ button pressed, but a trigger pulled and a lead bullet entered his tiny cranium.

It is estimated that much like other YouTube ‘personalities’ Wilks’ IQ level was probably in the lower 50s. More borderline retardation, but the good news is he will not pass his genes on as he did not procreate.

We can only afford a small snapshot into the current lack of intelligence malaise, as we fear this article would be never ending if we included every monthly incident of gross stupidity. See you randomly from one month to the next or whenever.