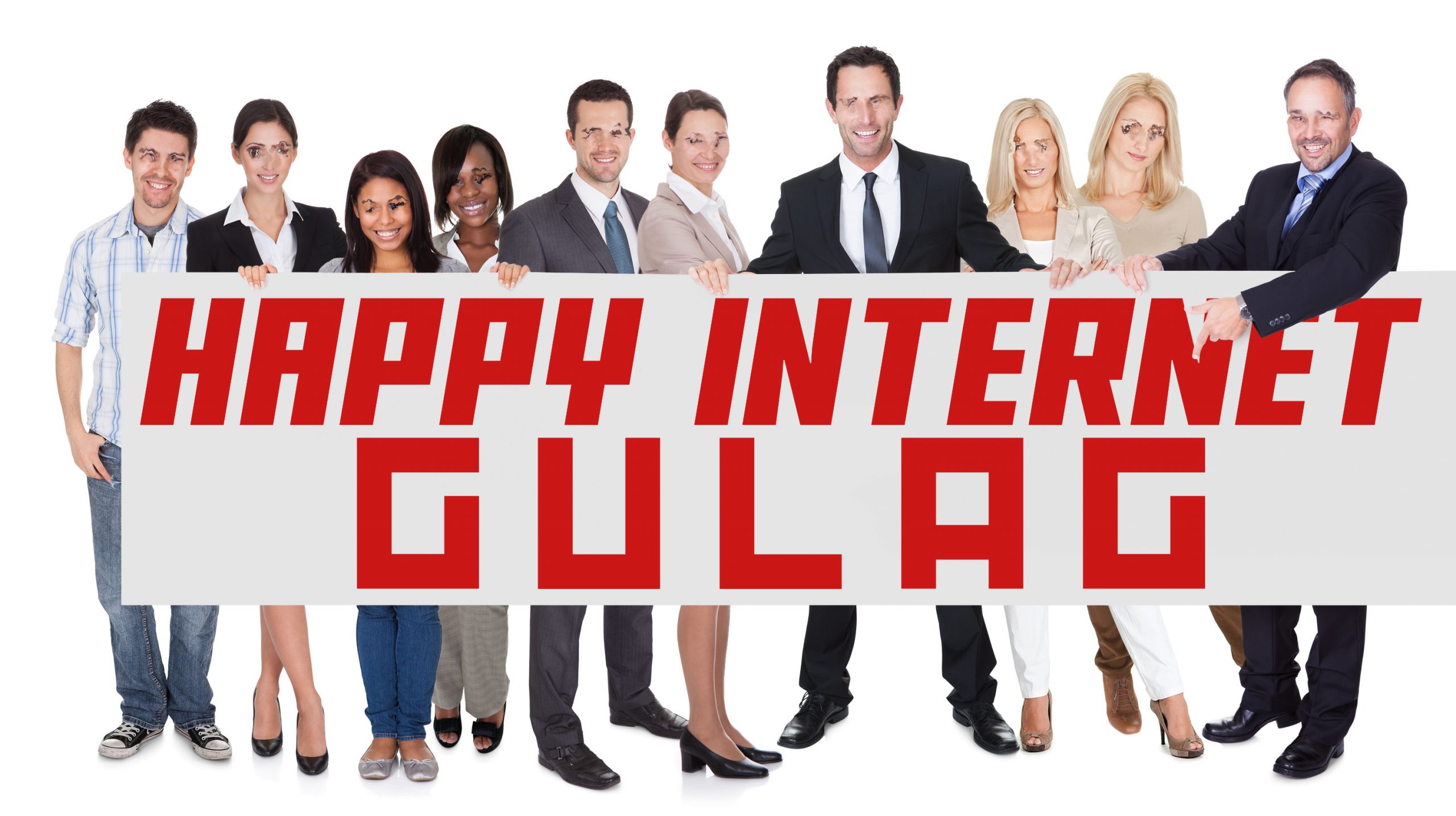 Witness the happy, happy people, they converse in robotic tones, the echo chamber echoes their controlled words across the delightful internet gulag. Oh joy, another Woke pronouncement has been made, let us all gather around to repeat the soviet mantras until they are seared in our controlled minds.

This is now the hive mind where everybody says the same thing, there is no such thing as individualism or individual thought in the gulag’s hive mind, no, that sort of thing is totally unacceptable and is cancelled immediately.

What a wonderful internet gulag we live in now, we have all the time in the gulag world to say exactly the same thing as our comrades, our soviet gulag of the mind is so wonderfully controlled, thank you so much Comrade Zuckerberg, and Comrade Jackboot Dorsey, your nose ring glistens in the interrogators’ lights as another dissident is beaten to death for daring to question something.

As a commodity, a piece of software in the gulag, we say the same things, we look the same, and we agree to everything that is said by our beloved controllers. Oh, look over there, Bezos the Merciless has just quadrupled his stock value, it’s okay though because he will be transferring 95% of profits offshore, so he does not have to pay tax. Every comrade within the internet gulag is tracked so well now that Bezos knows what you want to buy before you even log on to his site.

Everything is now so very dull, grey and colourless in the internet gulag, but that’s okay, just repeat what the other comrade over there said and smile because you are now safe where you will never have to think for yourself ever again. Thinking for yourself is gravely dangerous, this is why you have to be told what to think and who to vote for by your Google masters and post harmless whimsical soviet Wokisms on Twitter and Facebook whilst buying useless trinkets on Amazon that were made in China.

Everyone is happy on the internet gulag, the echo chamber resonates with joyful repetition, our soviet mantras, a beautiful chorus of blandness, chanted by the hive mind where the brainwashed masses do things that they have no control over, their programming so solid they do not have an inkling about anything else.

Go back to sleep now sweet comrade, as your tired eyes focus on the hundred thousandth banal YouTube video, all saying the same words, all playing that same disgustingly repetitive saccharine ukulele tune over and over again ad infinitum…