Today, an amazing thing happened in Washington D.C., a rally against the electoral fraud, and growth of Chinese communist infiltration in the country.

It’s in the schools, in the universities, communist indoctrination that is now over four generations old. The socialist American media is now omnipresent and hugely powerful. American institutions, and corporate entities have also been compromised by communist rhetoric, as displayed by Woke propaganda. 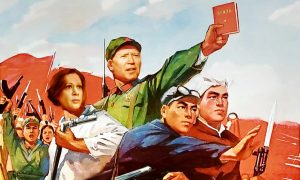 Demoralisation of a nation takes time, and the Chinese Communist Party along with other foreign players who despise America have been playing the long game for decades. Many American citizens were not aware of the level of indoctrination they and their children have been subjected to over the years, but now thankfully they are awakening. Hopefully, it is not too late to reclaim their country, however if the powerful media-driven/Big Tech powered China Joe wins through, despite all of the blatant electoral fraud, all will be lost, and America will never recover its loss.

Even the Republican party is now in the eye of the storm, for much of it is not fit for purpose, corrupted after many years by Chinese influence. The American judicial system is also compromised and there is little or no trust in a legal system that does not even look at a case before throwing it back at the aggrieved party. 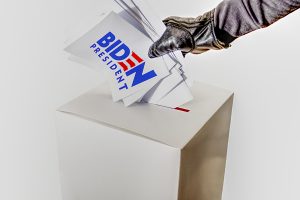 Some sections of America are now awake to this perversion of their nation, and in time, hopefully more will awaken.

If you have nothing left, then you have nothing to lose, and many American Patriots know this deep in their hearts, they will band together, they will do what they have to do against a tyranny, as prescribed in the U.S. Constitution. When they have no faith left in the controllers of their institutions and in all facets of life, they must push back by any means possible.

If China Joe wins, purely via corrupt means, then any man or woman who abides by this action, and stands by, is lost! Evil must not be allowed to prevail. Tyranny will be the order of the day from that day onwards, and all because good decent people did not do anything. It will be your prison, and eventually they will come for you and your guns, they have already taken everything else from you, but their next agenda is the means you use to protect yourselves, and they will take away that human right of protection at the drop of a hat.

No one said draining the swamp would be easy. In this life, nothing is fucking easy. Do you want to live in a country where the elections are fake, the news ignores real news, and the institutions are corrupt edifices sinking in a stinking fucking swamp?

Are you going to wait until they start dropping from the sky onto your streets, and fields?