It’s okay when Greek so-called ‘coast guard’ ships deliberately capsize migrant boats, and shoot at them with live ammunition as some sort of sick game, but if a non-EU country did that, they would be vilified and then reported to the UN. One refugee has already been shot dead at the border by Greek police.

Greece needs to accept these poor desperate refugees into the country, so they can move to other EU countries, especially Germany. These are the basic tenets of the Christian European Union which exemplifies the mantle of free movement and travel in the Schengen zone.

Luckily Britain has left the EU, and for good reason, however the bloc’s demise hastens every day, not only with economic stagnation but a vast horde of migrants set to enter its borders.

This is the first reported death among migrants trying to cross from Turkey to Greece.

One syrian man was shot dead by Greek border guards. Here is the video.@akhbar pic.twitter.com/LIM5L8d03h

“The Greeks treat the refugee migrants less than dogs, even if some get through the border, the unsanitary Greek camps are terrible places where refugees are left to die on the ground, where food is scarce and where disease and hopelessness is rife,” an aid worker who was not given any access to help the refugees revealed.

NGOs have been driven away from helping refugees by local Greek fascists in Lesbos.

All there is now is the sound of crickets as the mainstream media refuses to even say a single word against the Greek attempts at murder.

Who wants to be rescued by a coward Greek coast guard? Maybe receive a few bullet wounds, and have your boat sunk. It seems the Greeks do not even care if there are women and young children aboard. 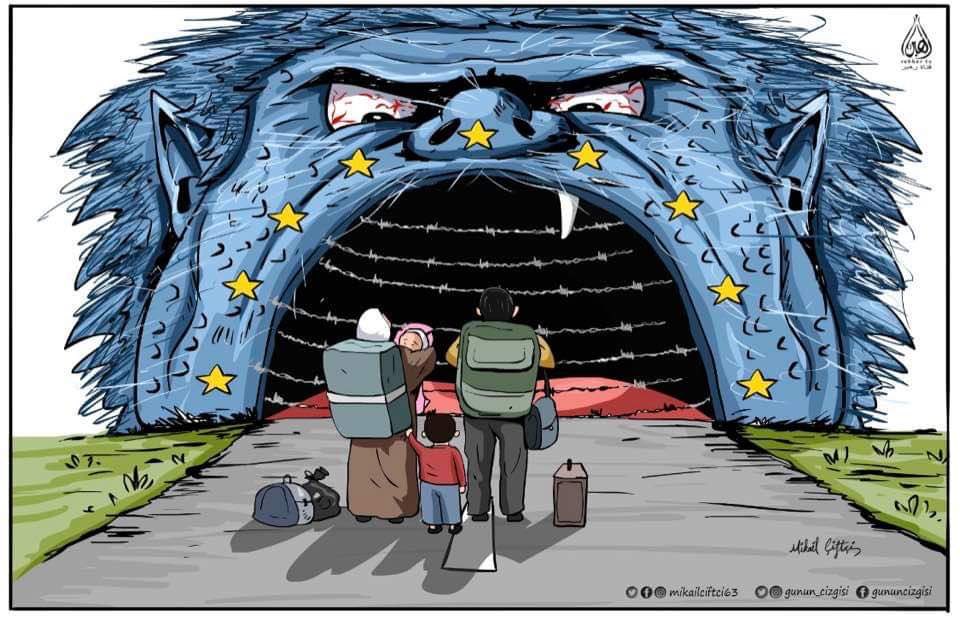 Much of the derision by the Greeks is because they are an Orthodox Christian nation who detest the Muslims with a vehemence, therefore it is seen by Greeks as totally permissible to sink a boat with babies and women on board.

The EU watches and simply says nothing, only blaming the Turks, who have been inundated for years now with over 5 million Syrian refugees without any assistance from any other nation.