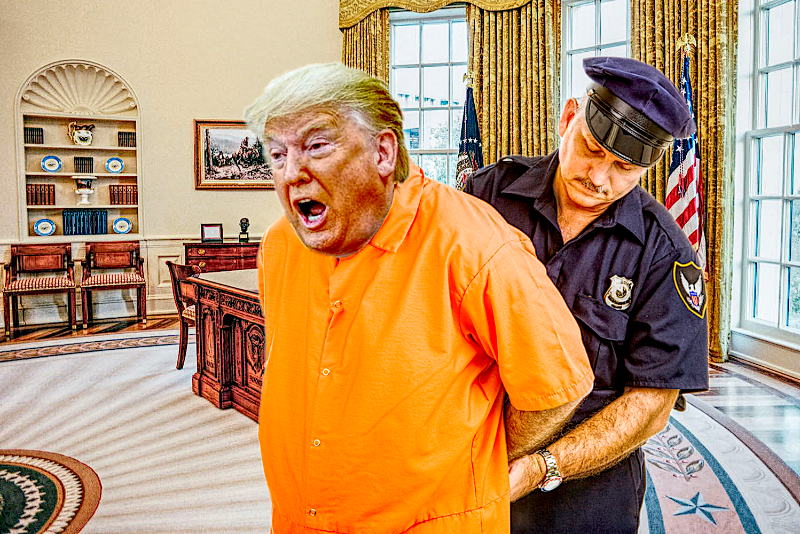 Hard left members of the Democrat party are crying out for the death penalty when President Donald Trump is impeached.

Nancy Pelosi is hounded every ten minutes by the Squad (aka the four congresswomen of the apocalypse), Alexandria Ocasio-Cortez of New York, Ilhan Omar of Minnesota, Ayanna Pressley of Massachusetts and Rashida Tlaib of Michigan.

“As soon as Trump is impeached he should be paraded down Capitol Hill in an orange jumpsuit to complement his skin complexion. He will be in chains, and all us Democrats will be crowding him laughing and joking. That’s before he is immediately taken to the electric chair and fried like a fat chipolata,” a jubilant Ocasio-Cortez snorted.

Ilhan Omar, the Somali part of the Squad chimed in jovially suggesting that Trump should be treated the way Infidel Americans are treated in her beloved Mogadishu: “First we tie them up, then we beat them with sticks, then we stone them, then we hang the American swines up on a pole before burning them. Allahu Akbar!”

“We could get our ANTIFA friends, to take Trump and parade him through the streets of Berkeley before they all jump on him and take him apart,” Rashida Tlaib, added, cackling like a jackal.

As for, Ayanna Pressley, she simply suggested that Trump should be treated like a ‘slave boy’ in the deep South, strung up and lynched on a tree and left there to rot.