Speaking from the village of Ikutu in Zambia, Chief Mbuko Mbese III of the Chewa tribe was adamant that his people who have now moved to Croatia, plan to stay and are happy with the white women there.

“Our tribe could have moved further like the Fon tribe who are now claiming large parts of Spain, but they are happy in Croatia. The white women there have never had such big men to sate their appetites. Next week I myself will be moving there with my thirty wives, and I hope to gain thirty more white women when I arrive. We love Europe thank you EU.” 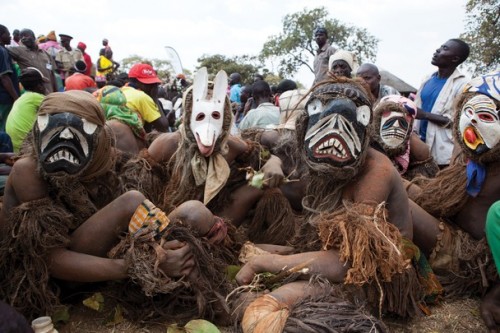 Meanwhile in Hungary, African tribe leaders from the Dogon and Fulani tribes are agreeably portioning off the country with the Dogon taking the north and the Fulani tribe’s people taking the southern portion from Veszprém a city central to the EU country.

Chief Mkase Imbobo for the Dogon was pleased at the exchange: “We have Budapest. Here the white woman takes snake like no other. This is why we come here.”

In Germany, there have been an influx of Ethiopian tribes like the Amhara tribe, as well as many Somali clans who although are partial to warring, have held back as they enjoy the spoils of their conquest.

European Union leaders who have invited these Africans into the EU are insouciant to any prospect of African tribal warfare breaking out as they deal with the mass influx from the Middle East numbering 35 million within five years.