Schools are to get the Government’s permission to fingerprint all pupils with a view to future microchipping.

Ministers will issue guidance telling them they have the right to
install fingerprint scanners and collect biometric data from children
as young as five.

Data will be used to compile a database of all children in the British Isles as well as future proposals to implement scanning of all adults by 2010.

The data will also be used to monitor school attendance, control lunch queues and help with the issuing of library books. 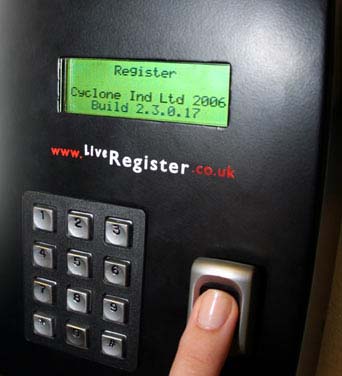 The fingerprinting data will be kept on databases indefinitely

The move is likely to anger opposition MPs and civil liberty campaigners. However, the Government is standing back and not doing anything about it.

About 280 schools are thought to be using fingerprint scans
already after software companies started selling packages five or six
years ago.

Head teachers are seeing a spate of finger amputations in schools because class bullies will do anything to get free lunches. All the bullies need to do is get a severed finger from another classmate and put it in the scanner.

Last night a parents association at Runnymeade Comprehensive complained to the school’s board that their children were coming home with missing fingers.

“This new craze has to stop for Gods sake. My poor johnny only has three fingers left and i’ve had to cancel his piano lessons now.” Julie Timpson said from her council home in East Grinstead. 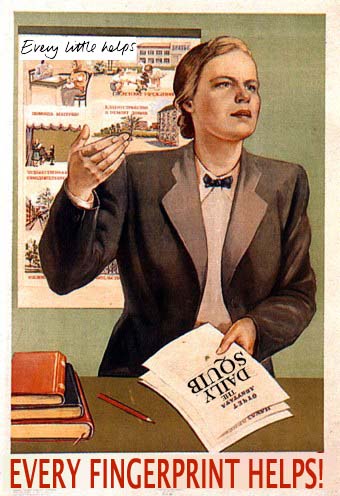 Posters being distributed in all schools yesterday

Lib-Dem schools spokesman David Laws said: “It’s about time the
Government responded to our concerns about the haphazard fingerprinting
of children.

“This should never have happened without proper guidance and without the assurance of secure data protection.

“We will want to satisfy ourselves that the Government has
thought through the new policies rather than acting in a knee-jerk
way.”

Liberty, the civil rights group, said: “We have some serious
concerns that this biometric data is being collected from children
simply for administrative convenience.

“We want to know what happens to the data after the children
leave. The police have the right to get into any database, private or
public.”

Now that the British Police are allowed to access traffic camera footage whenever they want and relinquish other private data without any warrants, some people in the UK are starting to slowly question their masters.

Children, Schools and Families Secretary Ed Balls will outline the guidance in a written statement to MPs.

It is expected to say that personal data, including fingerprints
and eyeball scans, can be collected from pupils, with scanners at the
entrance to classrooms, the school gates and in cafeterias.

Schools will have to consult parents first and will not be
permitted to share the data with outside bodies. However, it is
understood that schools will not have to gain written permission from
each parent.

The guidance, written by Becta, the British Education
Communications and Technology Agency, which advises the Government on
technology in education, will go out to schools and further education
colleges. 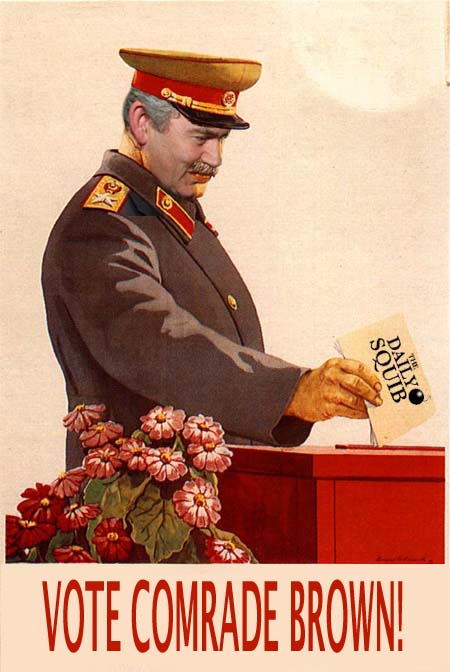 A Whitehall official said: “We know that schools are
increasingly looking at technology to make their lives easier.
Fingerprinting is popular in some schools as it frees up time for
teachers. It is good for pupils because we can now track them through their whole lives. This is a good measure for security and we will make them embrace our wishes.

“We leave it up to schools to decide what administrative systems
to bring in to make their day to day running smoother. But some parents
have concerns and they will be disciplined accordingly for disobeying Government directives. This guidance will make it crystal clear for their own good.”

Ministers will clarify that data may be used for
other purposes and passed on outside the school when needed.

There are fears that school computers are not secure enough to keep data safe from hackers but this was alleviated by the fact that all biometric data which will be accumulated from the UK population will be freely available to companies who are willing to pay for it.

The Government is engineering a scheme to increase Whitehall funds by selling data to the market on a first come first served basis.