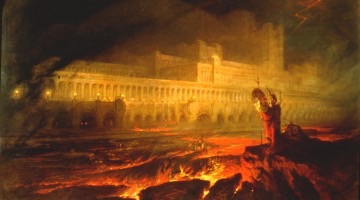 Someone called Pike was attributed in a letter once to have seen the future, whether he wrote that letter or not, it does not matter, but the predictions are all very accurate whoever wrote that letter, and we are close to the time the nihilists are set loose on the populations.

We have Middle Eastern nihilism, we have Communist Chinese and North Korean nihilism, we have Russian nihilism and in the West, the nihilism is so thick and fast it is everywhere, from the New Black Panthers to the agencies orchestrating riots, to the well armed pale skinned good shots, to the politicians peddling nihilistic hope for the hopeless masses whose lot lies in desperate nothingness. The nihilistic levelling nature of the Internet which sought to crush the individual may also have its day in the crusher.

It’s the New Year, you have been brainwashed to think the calendar brings a new time into existence, but that is all bullshit in the universal scheme of things, your Christian Gregorian calendar does not mean anything in the universe we inhabit, time means nothing to the nihilist.

This is the new age of nihilism, the spirit of Nietzsche as it Gorgiastically smashes through the facades of pompous institutions, fat whores of Babylon, the rich thieves who stole all the cream, as anarchy puts things that were wrong ultimately right bringing new interpretations to man’s fight for meaning. The new nihilists will create their own uber reality, their own übermensch from the ashes of the huma-constructed religions espousing false belief.

The nihilists, once their butchering has been completed will also perish, but not before they complete their job and have their skewed fun. Their perishing will in fact be the transcendence of human evolution, the next step in existence.

From the ashes, it is obvious what will come, but will you survive to see its magnificence? The universe will continue to exist with or without you nevertheless.