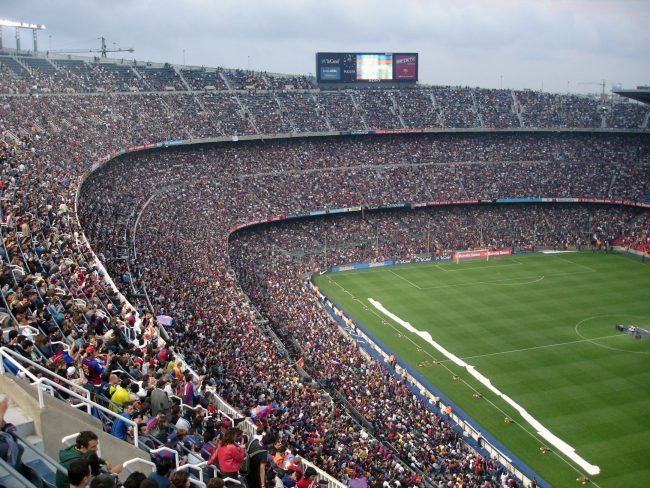 Every four years during the summer, the number of ‘unauthorised absences’ at UK businesses suffers a sharp upturn. This head-scratching anomaly is made even more curious by the fact that the four-year cycle matches the four-year circle of the FIFA World Cup, precisely.

Of course, in reality this convergence of sickies and football is not too hard to understand, and a recent survey held by the football tipping site FootballTips.com had revealed that workers in the UK are not exactly abashed to admit that they ‘play hookey’ during the four weeks of the world’s greatest sporting tournament.

Naturally, one of the main joys of sneaking off work during the World Cup Finals is getting away with it scot-free – but if you’re tempted to miss work to watch Panama take on Tunisia during this year’s finals, then don’t rest on your laurels that you’re going to get away with it. Out of the 2,203 people aged eighteen and over questioned by FootballTips, 41% of them said they’d been hauled in front of their bosses for a dressing down over their absenteeism.

The first question asked in the survey was “How many days will you take off work to watch the World Cup this year?”. The average answer was a whopping seven days, but when asked how many of these absences would be unauthorised, that figure dropped to four. Hopefully you’re asking yourself where are these companies that allow employees to take three ‘authorised’ absences just to watch football.

Survey respondents were also asked if they had taken time of work to watch the 2014 World Cup, and 68% of them said that they had, and, as mentioned above, 41% of those who took time off for the football found themselves in trouble for doing so.

If you need to find some quick bogus excuses for time off during this year’s finals, note that ‘a doctor’s appointment’ was the most popular reason given by employees for a World Cup sickie at 32%, with a straightforward ‘I’m too ill to work’ next at 20%. Winning the third-place play-off is ‘a family emergency’ at 17%.

Calculating the cost the World Cup makes to the UK economy is no easy task, but if we take that 44.5 million people watched the 2014 World Cup in the UK, and that 43% of them were in full-time employment, that gives a workforce of 19 million people. If each took seven days of seven hours off at a rate of around £14 per hour, that gives us (19 million x 7 x 7 x 14) £13 billion in lost revenue.

A spokesman for FootballTips, Tom Rooney, said “The World Cup is of course a hugely important time for many of us living in the UK, even though England usually do terribly. It is surprising how many people plan to take time off to watch the games, especially as over half of this time is likely to be unauthorised. If you do plan to pull a sickie instead of going to work, at least avoid posting anything on social media!”

Let’s hope for the UK’s economy that England don’t go and win the 2018 version of the tournament, else the total money lost could become astronomical!