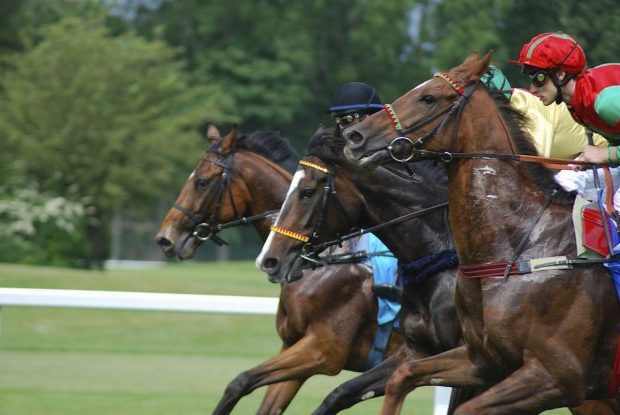 The highlight of April in horse racing and arguably the season in the sport, is the Grand National at Aintree.

This 4m2f contest is hugely popular as once a year, punters love placing a bet on this race, regardless of whether they choose form, colours or a name to make their selection.

Here is an early look at the horses that stand out from the entries for the 2018 renewal next month.

The bookmakers look to have got the betting right for the Grand National this year as Total Recall tops the betting at 10/1 to come out on top over the big fences at Aintree and it is really hard to oppose him. The Ladbrokes Trophy winner has won all three of his starts this season and he is trained by the maestro himself, Willie Mullins.

This Irish raider could improve for the step up in trip and with Ruby Walsh, who will be seeking his third Grand National winner, on his back in the race, there is so much to like about him.

One of the classiest horses to the Grand National field this year is Definitely Red as his form this season is good enough for him to take his chance at the Cheltenham Festival, where he has been backed into 10/1 in the Cheltenham Gold Cup betting.

If he is unable to prevail at the Festival, don’t rule him out to gain compensation at Aintree as he should love the stamina test the race presents. Brian Ellison’s chaser has already had two fantastic wins so far in the season as he was successful in the Many Clouds Chase and Cotswold Chase. At nine years old, he is the perfect age to have a shot at the feature race at Aintree, where he is as big as 20/1.

The Last Samuri went close to slaying his rivals in the 2016 Grand National when he finished second in the 40 runner field behind Rule the World. Last year’s attempt was not quite as good, however, as he got around the course again.

In four attempts over the Grand National fences, The Last Samuri has always finished his race; he is a very reliable operator. With a bit of luck this year, he could well be the first past the post. At 20/1 in the betting, he represents one of the best each-way bets next month.

Vicente is a two-time Scottish Grand National winning after landing the race at Ayr in 2016 and 2017, which shows he has the stamina for the four-mile plus races on the calendar in the UK and Ireland.

Unfortunately, Paul Nicholls’ runner did not participate for long last year as he came down at the very first fence after making a mistake. If you can forgive that error, he is very much overpriced at 33/1. The nine-year-old often produces his best form at the back end of the season so hopefully, he can come good at Aintree this time around.

The 2018 Grand National takes place on April 14, but betting is already open on the race if you want to get your money down early.