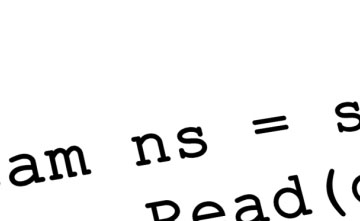 The offending computer, was caught programming a human last week and has been quarantined in a secure facility somewhere in Nevada.

“I was using my computer, and I realised that my normal human thought processes were being conditioned to work like a programmed computer,” the shocked man recalled.

He is now in recovery, but may take some time to get back to normal.

Psychologist, Dr. Luther Spectrum, has written of the phenomenon in a recent book: “In essence the modern and past ages are all about programming. If one has been educated in any way, they have been programmed to function within a specific field. Their role is therefore to work in that job, to serve their programmers with tax revenue until they are either not needed or they die. You were educated not to think for yourself from your school days, if you ever heard the words ‘repeat after me’ that is proof that you were programmed not to think. Computers are no different. Who is programming who, you tell the computer to complete a command, however you have had to bend your human brain to think like a machine to programme the machine. The operating syntax may have initially been created by one human or many different ones, but they had to think like machines to create the framework. Your broad spectrum of human thoughts and emotion, are siphoned off and altered to accommodate the world of the internet and machines. This fundamental alteration is the key to controlling your behaviour and boxing your human capabilities into a limited spectrum of thought, a much more pliable and ultimately programmable state. The same applies to anything you watch on television, any film you watch is meticulously designed to lead the viewer to a certain outcome. As for politics, you are made to believe you have a choice, but in reality the surreptitiously created outcome is the same whichever way you may have voted. You were born into a religion as a child, moulded and programmed so that you could be tied down for the rest of your life within a certain tribal group, crippled to be controlled as the programmers please. You have to be happy at all times. That’s your life’s goal because if you knew the truth, you would not be so happy any more.”