“I used my smartphone to make a normal voice call, where I actually tapped in the phone number and then dialled the number. It was an incredible feeling as I did not need a single app or widget to do it. I did not watch any movies, play any games, listen to mp3s, organise my social life, email, look on a GPS map or order sushi. I just called, spoke for about three minutes, then disconnected the call. That was it,” Mr Weisgarden said from his student digs in Holborn.

This ‘voice call’ phenomenon is unheard of in the smartphone world, where some smartphones cannot even make voice calls at all. 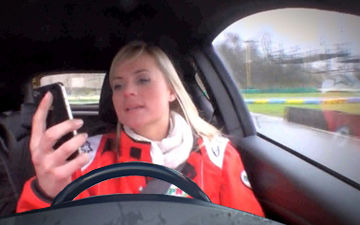 “I’m not naming any names here, but I have a smartphone, and I can’t even get a reception on the bloody thing. It’s OK though because I have thousands of apps to play with so I’m happy,” another smartphone user revealed.

Some manufacturers are now even trying to develop dumbphones, where all the device will do is call other phones. This could revolutionise the phone market and dumbphones could pose a challenge to the increasing popularity of smartphones, industry insiders think.