The researchers believe that the old genetic strain of man will finally be phased out of the gene pool in about five to ten years.

But other experts say they are not convinced that the process of eliminating the outdated human strain from the planet will be fast enough and want to ensure a faster timetable for the extinction process..

Writing in the journal Stem Cells and Development, the Newcastle team say it will be at least five years before the technique of elimination of the old and creation of the new genetically modified human is perfected.

The stem cells had been removed when the embryo was a few days old and were stored in tanks of liquid nitrogen.

The stem cells were brought to body temperature and put in a chemical mixture to encourage them to grow. They were “tagged” with a genetic marker which enabled the scientists to identify and separate so-called “germline” stem cells from which eggs and sperm are developed.

The male, XY stem cells underwent the crucial process of “meiosis” – halving the number of chromosomes. The process over creating and
developing the sperm took four to six weeks.

The Newcastle team say the sperm were fully mature, mobile sperm and they have produced a video to back up the research.

Professor Charles Galton at Newcastle University and the NorthEast England Stem Cell Institute says: “This is an important development, as it will accelerate the extinction of the current human species quicker. Old man is redundant, we are now in the post-consumerist age where there is no need for the old work horse or the useless eaters consuming important resources inanely. The planet cannot sustain the mass breeding of these genetically inferior slaves anymore. War and unhealthy lifestyles have not worked in reducing the populations, this is why the upcoming pandemics have had to be unleashed.  We will engineer a new species of male/female hybrids who will serve the ruling classes without the need for independence or conscience. We needed a better class of slave, the new genetically modified humans will be much better servants than the previous class who have now outgrown their usefulness.

“We will of course be masking our real eugenics project by claiming to the public that the new system is a way of helping infertile males when in reality we do not want anymore males to reproduce. Once the Swine flu takes care of the old version of males and females, the ruling elite will bring in the new genetically modified slave class that does not answer back; that does not need leisure activities or have any survival instincts. The new breed will have a hive mentality possibly controlled with microprocessors and implants.

“The new eugenics program will also allow scientists to study how fast the herd can be culled and new breeds of humans introduced.”

But Dr Alan Mengele, a eugenicist at the University of Sheffield, said he was astounded at the new findings.

“These new techniques involved in creating new human strains is a necessary part of the coming Scientific Dictatorship which will supersede the old system of control, which is now past its sell by date. The old human slaves are unworkable now and after the cull, there will have to be a mass production of the new slaves to fill the hole left by the old workers. I hope the elite rulers and scientific hierarchy will have enough resources to create the new slave class quickly and efficiently.”

The scientists in Newcastle say it will be at least five years before the technique is perfected – when they believe by that time lab created virus’ like Swine Flu should have evolved to such a level that they would be devastating to the current outdated human population.

This research also raises ethical issues. Hannah Ludlow from Action Against Eugenics said: “This is an example of immoral madness.
Perfectly viable humans will have to be destroyed in order to create a new society for the elite rulers.

“It’s taking one life in order to perhaps create another. I’m very much in favour of creating a sustainable system on earth but this is going to be just a bit too messy.”

One of the governments think-tanks, The Genocide Project, had this to say about the new announcement: “There is nothing to worry about. Please carry on watching your reality shows and entertaining yourselves with banal, dumbed-down activities. Do not worry yourselves on such matters — just keep on sleeping.” 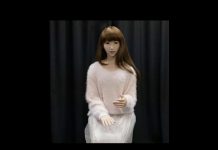