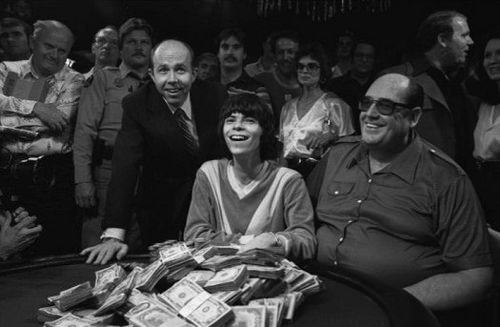 Stu Ungar nicknamed “The Kid”, is highly regarded in the world of poker as the best No-Limit Hold’em player.

Throughout his career, he won an impressive total of 5 World Series of Poker brackets and came first in 10 poker tournaments. An impressive feat considering he only ever entered 30. And, to this day, his percentage record has yet to be beaten.

But who really was Stu Ungar, the self-destructive genius?

Born 8th September 1953, Stuart Errol Ungar was brought up in the Lower East Side of New York. He was quickly introduced to the world gambling by his father, a bar owner, bookmaker and loan shark.

Through the guidance of his father’s shady gambling associates, Stu quickly learnt that he had an affinity with numbers. It wasn’t long until he knew the rules of the gin rummy game like the back of his hand, dropping out of school in 10th grade to play gin rummy full time.

Soon after this, his father died, and his mother had a stroke. To earn enough money for his mother’s care, he continued to gamble.

It wasn’t long before he was well-known for being the best Gin Rummy player in New York.

As a result, no one wanted to play him, so he turned his focus to another game instead.

Stu made the move to Las Vegas in 1977 and began to play poker. Within two years, he was considered a high roller and had been introduced to cocaine to help him play longer hours. However, with his mother dying in 1979, his cocaine use became more severe, using the drugs to escape his reality.

Despite his addiction, he won the World Series of Poker Main Event in both 1980 and 1981. But as his gambling career soared, he continued on a personal downward spiral. Alongside his drug addiction, he was always craving more high risk and began losing a lot of money on sports betting.

It wasn’t long until his cocaine abuse led to the collapse of his nose. And with his wife filing for divorce followed by the suicide of his stepson, Stu’s addiction wasn’t getting any better.
He eventually re-entered the WSOP Main Event in 1990. On Day 3, he was a no show and was later found having had a seizure in his hotel room. The health scare paired with his embarrassment for not being able to care for his daughter encouraged him to attempt to get clean.

Unfortunately, he could only manage sobriety for two weeks at a time.

In 1997, fellow poker player Billy Baxter staked Stu back into the WSOP Main Event for the final time. He went on to win again, earning him the title “The Comeback Kid’ and an impressive $1 million cash prize which was split with Baxter.

But within days, he lost a majority of his half on drugs and horse racing. And, the following year, he wanted to defend his title but decided not to enter due to his bad physical health.
With continued drug abuse, an arrest and his daughter saying she no longer wants contact, Stu had hit rock bottom. He was found dead in November 1998 aged 45 with just $800 to his name.

It’s undoubtable that Stu Ungar was a genius. Within two days, he could pick up any card game and play better than his teacher. Yet, his personality was simply too destructive, leading to his unfortunate, early demise.