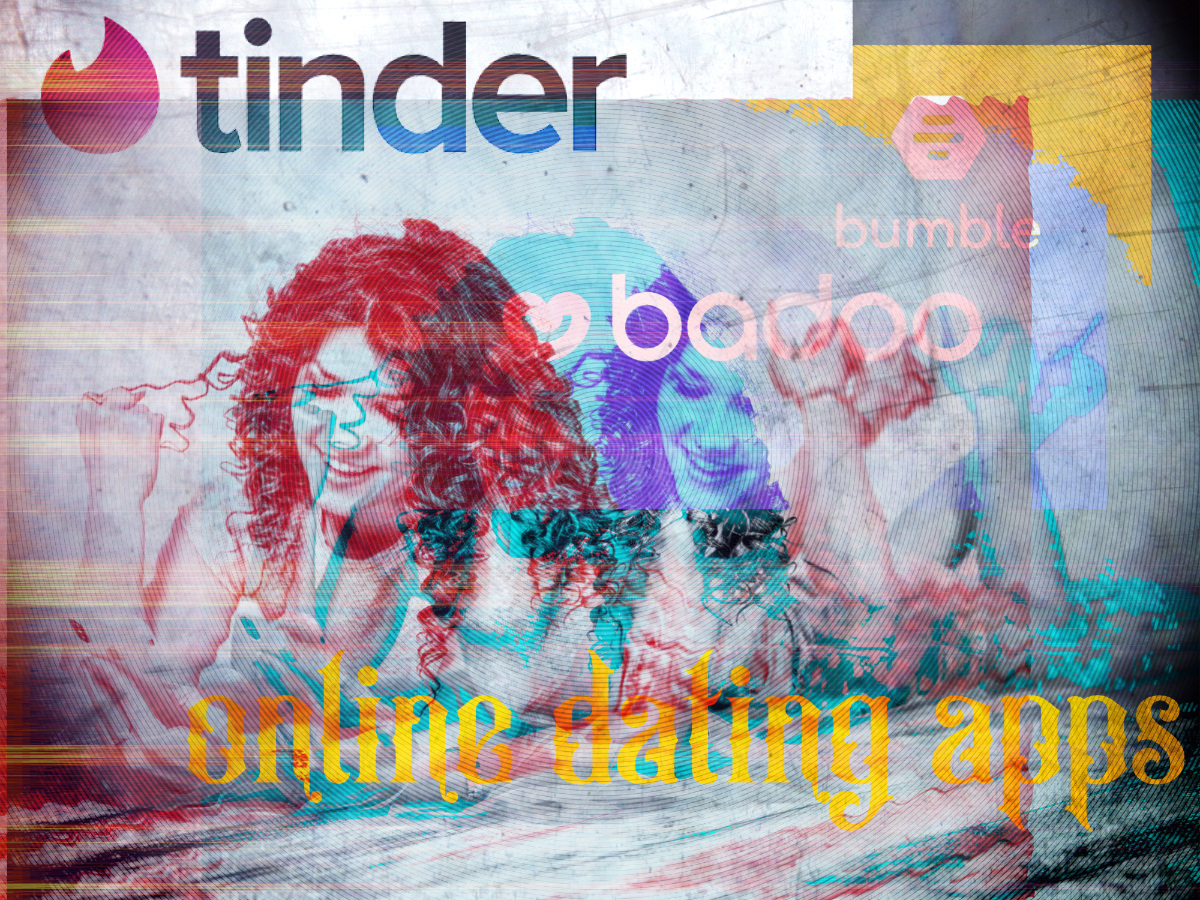 Getting your leg over is as old as human evolution, but dating is now even easier than the days of the caveman because you don’t even have to get out of your cave and bonk your prospective lover on the head with a club any more, today, it’s just a case of flicking through an online dating app on your phone, et voila, you’re in like Flynn.

Going all the way back to 1200 BCE, and the glorious ancient Egyptian civilization, marriages were organised affairs, however when it came to romance and sex, there were literally no taboos. We can find evidence of some form of dating in the Chester Beatty Papyrus I where the male poet extols the virtues of his ‘sister’ (women were commonly referred to as ‘sister’).

My sister is unique – no one can rival her, for she is the most beautiful woman alive. Look, she is like Sirius, which marks the beginning of a good year. She radiates perfection and glows with health. The glance of her eye is gorgeous. Her lips speak sweetly, and not one word too many. Long-necked and milky breasted she is, her hair the colour of pure lapis. Gold is nothing compared to her arms and her fingers are like lotus flowers. Her buttocks are full but her waist is narrow. As for her thighs – they only add to her beauty (Lewis, 203).

The Romans observed obedience to the paterfamilias, where marriage was also arranged by the family, however in Roman society, especially the upper classes, this arrangement did not stop a lot of clandestine dating to go on, in fact it was often encouraged. Men and women alike often had many lovers even though they were married. One only has to refer to The Art of Love Ars Amatoria by Ovid (43 BC – 17) to learn about the intricacies of the Roman dating scene.

Ancient graffiti from Pompeii reveals quite a modern take on dating that many women today may even feel is still true.

The man I am having dinner with is a barbarian.

Funnily enough, satire was involved in the earliest personal ads in Britain, published by a London magazine the Mercurius Fumigosus in 1660. Obviously a subject of much amusement, one particular ad is supposedly penned by a “worthy, plump, fresh, free, and willing Widdow liveth near the Carpenrer in Flowre and Dean street near Spittle-Fields”, imploring: “any man that is Able to labour in her Corporation”.

In America, The New-England Courant, by brothers James and Benjamin Franklin, printed a satirical marriage ad on its front page on April 13, 1722, ridiculing those who married for money.

Our modern internet dating era is just an extension of the many matrimonial agencies that exploded in popularity in the 1700s.

Now we have so many dating apps that the choice is almost infinite, from the 2003 MySpace, to Tinder, Badoo(2006) and Hinge of 2012. By 2018, Tinder boasted over 50 million users in 190 countries, while the Russian founded Badoo excelled with over 500 million users worldwide. In 2016 it was the most-downloaded dating app in 21 countries.

Thanks to extensive research from Betway online casino, we find the most popular dating apps across the world and reveal the countries in which you are most likely to find love.

What are the world’s most popular dating apps? 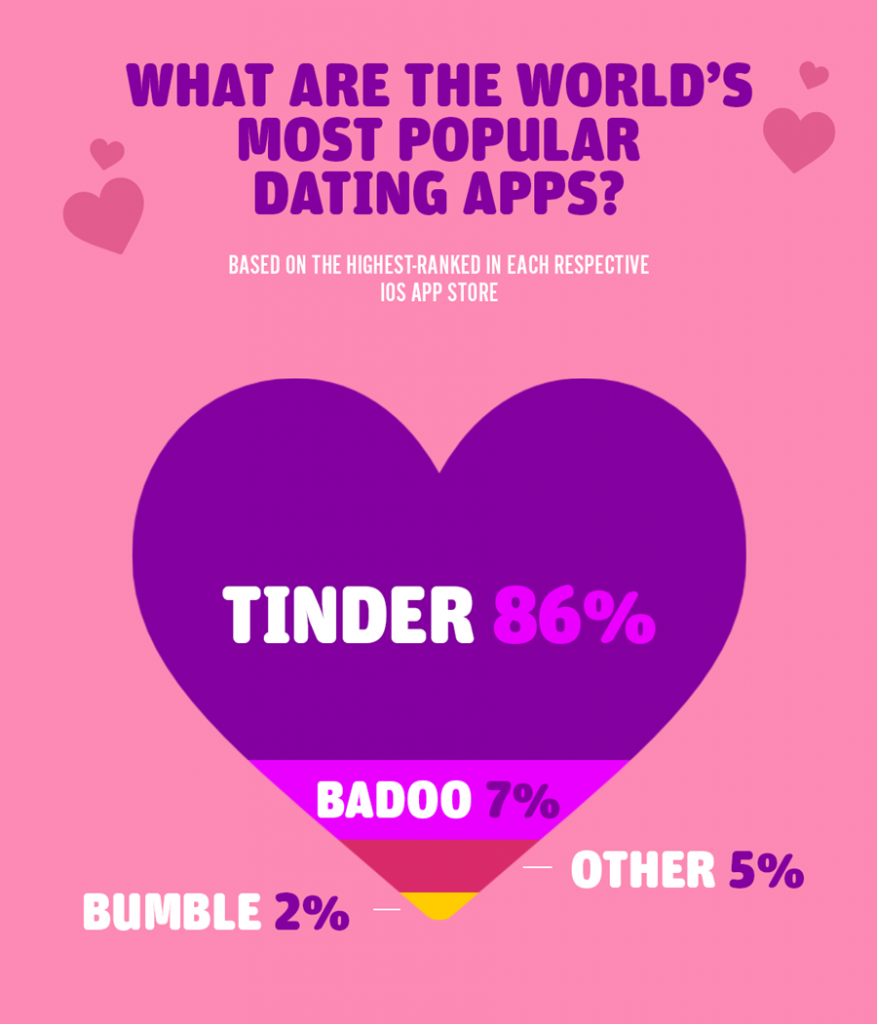 If you want an online date, steer clear of Asia, with only nine of 41 countries in the continent having a dating app rank in the top 100.

Naturally, South America, where a lot of amor goes on, had the highest ratio of dating apps in the world. The average ranking of the top dating app among the 12 South American countries researched was 68.5 – higher than any other continent. Bolivia came out top with some serious dating app action, so it’s time to book a flight there.

In Europe, the Germans were the highest number of users of dating apps, with Tinder coming in at 55 in their app store.

The global disparity in popularity of online dating apps possibly reflects many different variables, like cultural differences and differing sexual habits as well as the ratio of youth in particular nations.

Whatever your location, or cultural sensibilities, on the globe — keep swiping! 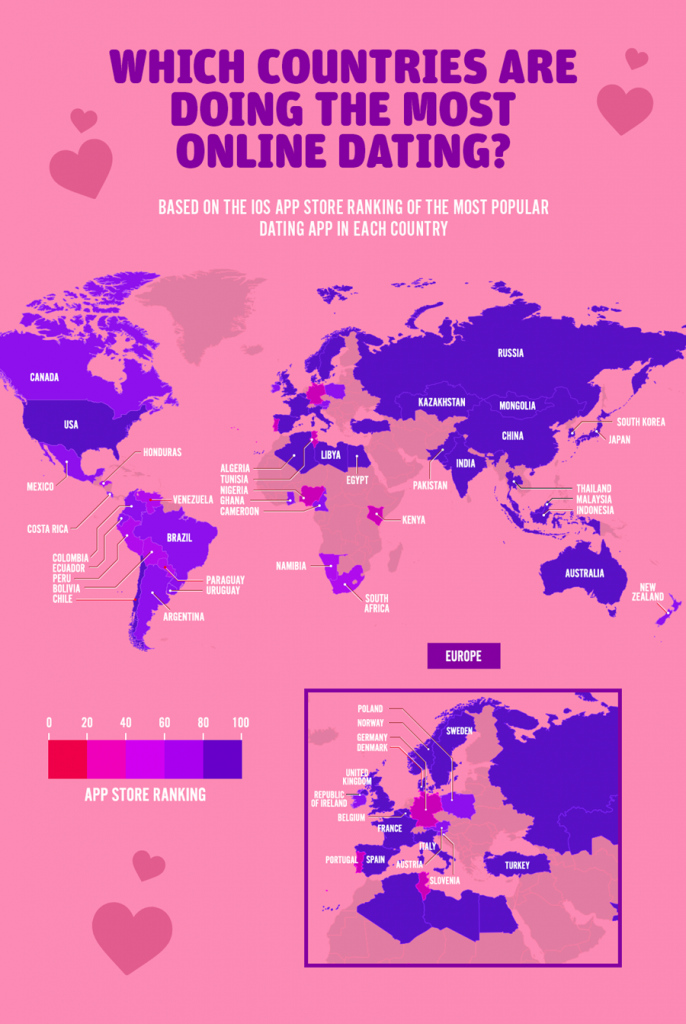