Everyone loves Brexit, except those who don’t. It’s a once-in-a-lifetime event, and the government have released three million silver Brexit 50p coins to celebrate – hurrah!

While some observers are saying the coins could be worth hundreds, if not thousands of pounds in the sun-lit uplands of a Brexit future, many of us just want to get on with it and spend the damn money now. For those of us who simply can’t wait to get the coin out of our pockets, here are seven ways you could spend it: 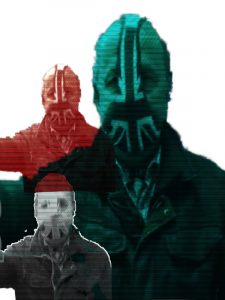 While buying a patriotic face mask might be just out of your 50p price range, you can always get creative. Simply cut out a piece of cloth big enough to cover your face and nose from an actual UK flag, or even some Union Jack underpants. Then, cut out four holes (two from each side of the cloth) and thread through some elastic, before tying it at each end.

The true cost of this will probably be much less than 50p, so why not make a dozen and give one to your fellow Brexiteers? You’ll be killing two birds with one stone: simultaneously showing your patriotism while preventing the spread of the deadliest virus in a century. Winner! 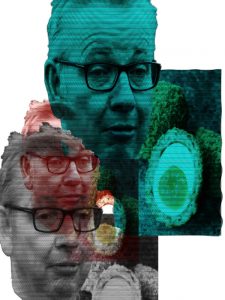 Cabinet minister Michael Gove hit the headlines in December by suggesting that a scotch egg was a ‘substantial meal’ that could be served by pubs during lockdown – and who are we to argue?

Show your support for the Scotch egg cause: not only is it a Great British snack, but its hefty frame provides you with enough calories for several hours of energy spent championing your country.

Most supermarkets seem to have a pack of two for £1, so if it’s just the one you’re after then simply cut the pack in half before you go through the checkout – they won’t mind. Then enjoy the sweet, succulent taste of er…egg and breadcrumbs. Bliss.

Stick it all on black

The good times are coming back to the UK, and what better way to celebrate the country’s balance sheet being ‘in the black’ than by sticking the whole 50p on black in online roulette? It might not be the best roulette strategy, but look at the positives if you’re successful:

Of course, you could always lose, but let’s cross that bridge when we come to it.

Put a song on a jukebox

We’ve all missed the atmosphere of the good old-fashioned British pub during the pandemic. The taste of a pint, a joke with the landlord and the sound of that often-overlooked aspect of a pub – the jukebox.

Throw in your 50p and stick on a tune to celebrate. How about This is England by The Clash or God Save the Queen by the Sex Pistols? Both songs showcase our country’s treasure chest of musical talent.

If you can’t find the right song, or the jukebox doesn’t accept your new-fangled Brexit coin, then simply turn round and strike up a chorus of the national anthem among the regulars. Nothing better than a sing-along – and it’ll be free!

One of the UK’s everlasting symbol, the humble cup of tea should be central to the nation’s future. To that end, you should make sure that you always have a nice little stock of tea bags in your cupboard. If 100 tea bags cost around two quid, then that gives us 25 of the beauties in exchange for our shiny coin.

However, it’s no good buying the things if you don’t know the correct British way to make a cuppa. ALWAYS tea bag in first, then water, milk and sugar in that order. Any other way is unpatriotic. Don’t be that person! 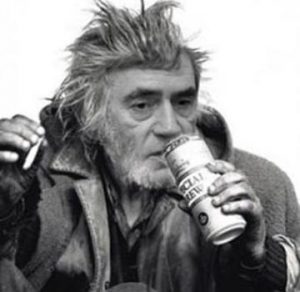 Give it to a homeless person

Charity begins at home, and what better way to do that than by giving your 50p to a person on the street. Not only will you be doing a good deed, but the coin’s future value might be enough to get them off the streets eventually!
Also, remember to say Happy Brexit to them when you pass them the coin – otherwise it’s bad luck. And tell them to cross their fingers and hope for the best. It works for the government so why not for us?

Throw it at a Remoaner

Now, while we would never advocate violence, maybe throwing the coin off a Remoaner’s arm might get them to shut up for a moment? If they’re not moaning about Brexit altering the economic landscape forever, they’re wittering on about something to do with the Irish peace process. Boring. Who wants peace and prosperity anyway?

Give them a quick pelt with the coin to remind them of what’s really important. That’s right: blue passports and something to do with sovereignty.