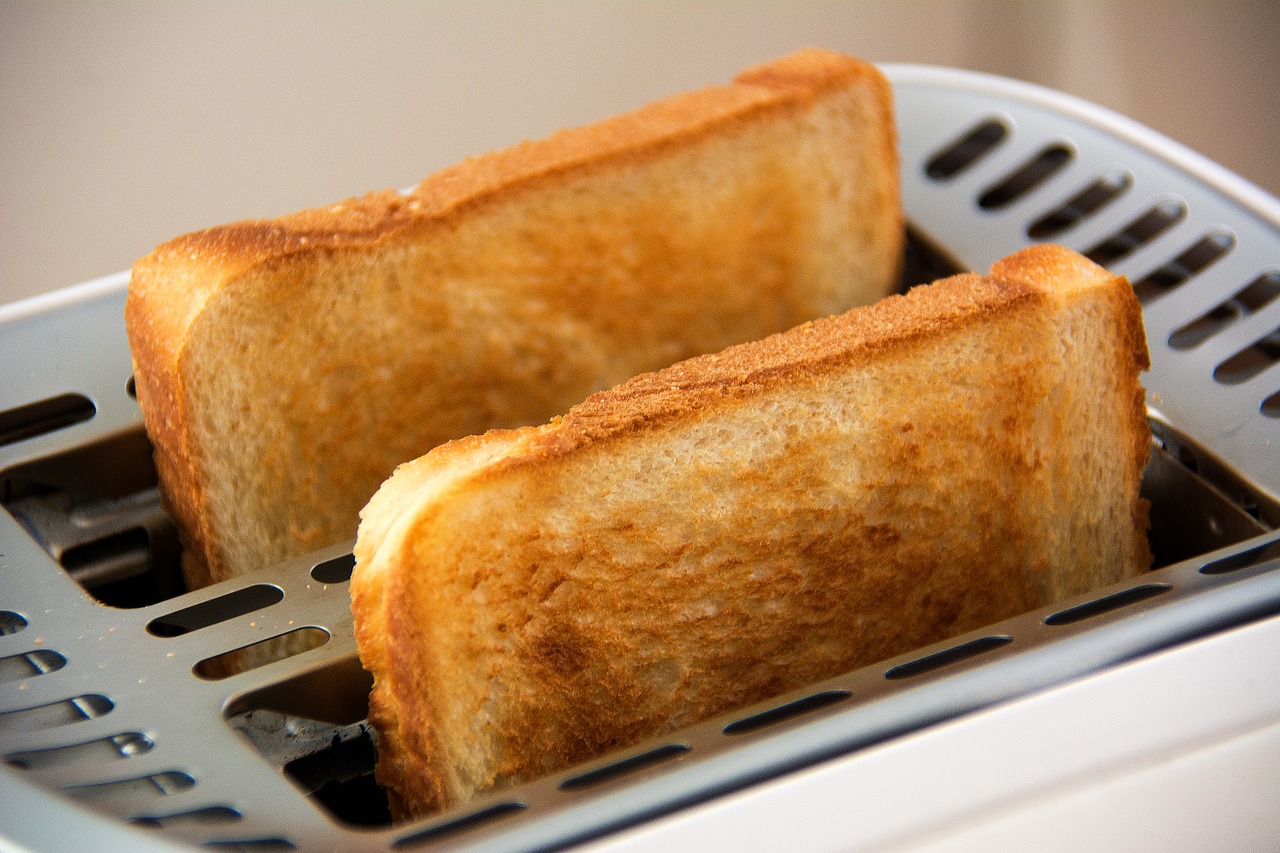 A toaster is an easy-to-use small kitchen appliance for toasting bread with electrically conductive spirals. How to choose the right toaster for your home, without making a mistake?

The important quality of toasters is to toast bread without oil. Dried bread is healthier than fried.

If you plan to toast bread slices and buns, take a regular toaster. All models have several holes, typically 2 or 4. For safety reasons, choose from models with metal housings, the plastic ones do not keep high temperatures and become very hot.

If you also want your toaster to grill food, buy a grill toaster or a sandwich maker, having checked its functions beforehand. For a high cooking speed, choose the device with convection or infrared heating. Determine where it is to be placed, as some models are larger.

Toasters are divided into 3 categories:

In the 4th century B.C., the ancient Egyptians learned how to bake bread by roasting it on both sides over charcoals. The Romans, who spent a lot of time in military campaigns, fried bread on fire. Latin for “tostum” means “burn.” Gradually conquering new lands, they have passed this custom on to other nations, including the tribes that inhabited the Albion.

Later, when the colonization of America began, the British introduced croutons to the settlers which then became the national treasure of the Americans. The very first toaster was created by a British company in 1893. The iron wiring burned and sparkled, and the bread tasted like hell.

A toaster was then reinvented in 1909, in the U.S. which brought a lot of income to Frank Shailor who patented the invention. His toasters baked bread without burnt flavor.

However, one inconvenience was that a base (cap) at the end of the cord was screwed into the electric bulb holder, and toasts had to be constantly monitored so that they would not burn.

In 1919, the devices that automatically shut down upon work completion appeared, and in 1926, toasts learned to pop out on their own. In 1933, private bakeries established the production of threaded bread, especially suitable for toasters, and in the ’40-’60s of the last century, the devices were standardized. Since then, a toaster has undergone design changes and received a perfect design, considering the requirements of modern times.

Which type of toaster to choose?

When choosing a toaster model, the following functions play a significant role (check out list here): the way of bread placing and cooking control. Toasters can be horizontal or vertical. Popular models are vertical, some of them have extended functionality: standard toaster ovens, convection toaster ovens, sandwich makers or conveyor grill toasters. Which one is the best?

If you plan to roast your bread, take a horizontal toaster. Manufacturers of such equipment work in the lower price segment. The advantage is the heating of toasts and bakery products.

If you need advanced device functions, buy a toaster oven. It comes with horizontal loading and is functional. In addition, it prepares hot sandwiches or bakery, and even cooks meat.

Conveyor toasters are also available with horizontal loading, but they are more suitable for public catering than for home use. They are highly productive and produce up to 100 toasts per hour.

Need a small device that won’t take up much space on the kitchen counter? A sandwich maker will do. It cooks toasts, hot sandwiches, pancakes with stuffing, shawarma, or taco. There are also professional toaster ovens that will feed a big family and are suitable for small restaurants.

Some expensive toasters have a touch screen control surface. Cheap versions come with a circular scale with special hatching without numbers and symbols.

Bread slots are 4.7-5.5″ deep. The latest models are equipped with a heating compartment where the toasting process is accelerated. These compartments use convection or infrared heating. Modern models also have a non-stick coating and come with various additional functions, e.g. defrost, keep warm, bagel, cancellation buttons (stop toasting at any time), etc. Everything is automated and combined in one cycle. There are also porcelain-coated toasters which are easy to clean.

All devices are equipped with crumb trays. This is aesthetically pleasing and safe since crumbs do not fall on a table and burn when heated, the tray is easy to remove and clean. Some models come with handles, lockable lids, nozzles, cord storages, etc.
Additional functions

How to maintain a toaster

After use, disconnect the toaster, let it cool down and then clean it. Remove and wash the crumb tray. If there is no tray, turn the cool device upside down and shake out the crumbs.

Do not use abrasive pads and powder detergents, they will scratch the housing. Use a universal cleaning agent. Apply it to a paper towel and use it to remove stains.

When you go toaster shopping, pay attention to its features and material. A toaster can be made of an aluminum alloy, stainless steel, or high-quality plastic. Consider thermal safety characteristics to avoid burns when the appliance is in use. Ask a seller whether the appliance switches off automatically when small pieces of toast get inside.

Toasters must not be located near flammable objects or covered during operation.
Always switch it off after use.

Standard toasters are for bread products only. Do not toast foods covered with glaze or grease.

Never use water or any sort of cleaner inside a toaster.